Serbia’s EXIT festival, the biggest of its kind in Southeastern Europe, has devolved into a dull, corporate-sponsored event that’s sidelining local bars and artists and trashing an 18th-century fortress. Fedor Tot reports from Novi Sad.

Across the Danube from Novi Sad stands Petrovaradin fortress. Built by the Austria-Hungarians in the 18th century to keep Ottoman advances at bay, it is one of Europe’s largest complexes, with kilometres of unexplored tunnels running underneath. After the Second World War, the fortress was demilitarised (though a small military presence remains to this day), and the ‘Gibraltar on the Danube’ began a new life as a cultural space. The Likovni Krug [Artists’ Circle], was started in the 1950s, a collective of local artists granted studio space inside the former barracks of the fortress, and bars and restaurants also began to spring up. Most famously, Petrovaradin fortress now hosts the EXIT festival, the biggest of its kind in Southeastern Europe.

Started in 2000 by a group of students from Novi Sad university led by Ivan Milivojev, Bojan Bošković, and Dušan Kovačević, the first festival served as a protest against Slobodan Milošević’s authoritarian rule. Initially held on ad-hoc stages spread throughout Novi Sad, and later supported with generous funding from USAID, the EXIT was indeed an ‘exit’: a statement of intent lasting 100 days until Milošević’s overthrow on October 5th, 2000.

The following year EXIT moved to Petrovaradin where, due to its cheap prices and enticing line-ups, it began to attract visitors from the rest of Europe, including other former Yugoslav republics.

Initially, the festival kept its socially progressive nature, running campaigns annually to raise awareness of important issues. For example, one early campaign saw the festival protesting against the prohibitive visa requirements levied against Serbs wishing to travel abroad for even modest tourist visits.

However, over the years this progressive attitude has waned, despite the many issues that still face Serbia today. Perhaps it is unsurprising, considering that EXIT has grown into such a huge, profit-making engine whilst Serbia has slowly edged towards Europe; Slaviša Grujić, the Minister of Information and Culture for Vojvodina, may have had a point when he said “the war is over. People just want to relax and enjoy themselves”.

Nevertheless, the festival in recent years has begun to abuse the hospitality shown to it by the fortress and the city of Novi Sad. The bars and artists’ studios, especially in recent years, have found it especially hard to cope with the demands that the festival organisers are placing on them. The permanent community of Petrovaradin has been gradually excluded from EXIT in the last few years, despite the fact they make their living from the fortress, pay taxes on their businesses there, and by all rights provide their own valuable section of the festival. According to Aleksander Golubović, a bar owner on the fortress, EXIT has always been the best time of year for all the businesses in Petrovaradin.

The tensions between local businesses and EXIT came to a head in 2015. The EXIT organisers elected to set up a fence barely one metre in front of the bars and cafes of the fortress on the first morning of the event with no warning, citing health-and-safety reasons. Most of the residents speculate that this is due to the worries of corporate sponsors who don’t wish to see rival beers sold at the festival.

The entire terrace, featuring one of the most beautiful views of Novi Sad, was also fenced off, blocking festival-goers from visiting the artists’ studios, who also rely on EXIT for much-needed exposure. With rent prices having doubled on the fortress in the last few years, these acts amount to little more than the physical and economic exclusion of local businesses from the festival.

This change in attitude has arguably only occurred recently, when in 2012 the general manager of EXIT Bojan Bošković resigned and was replaced by Dušan Kovačević. An anonymous source working within the EXIT organisation explained the difference succinctly: “Bojan was always more people-orientated, focused on ideas and suchlike. Dušan is more like your average manager, simply worried about the profit and the money”.

According to Golubović, whilst Bošković wasn’t perfect in his dealings with the local bars, Kovačević’s arrival predicated a much more fractured relationship. He made harsh demands such as an electronic system which in effect would take 25 percent of each respective bar’s takings, and forced selling of sponsor-only approved beer.

The mass field of sponsors at EXIT is worrying, as is their influence, especially considering the festival has in the past attracted much criticism from NGOs for the significant amount of money it receives from culture ministry budgets. For example, in 2011 the Vojvodina province granted half of its cultural ministry budget to EXIT and its sister festival Cinema City, run by the same organisers, at the expense of smaller cultural events in Vojvodina which received comparatively very little funding.

In addition, the fortress itself has been feeling the effects of EXIT. Fifteen years of not just thousands of festival-goers and pounding bass, but also the trucks and equipment used to set up EXIT have begun to wear down the fortress. Speaking to Vojislav Dević, an expert on the architectural history of Petrovaradin, he argued that “during the 10 days of EXIT [both the festival and its logistical organisation] the fortress ages 10 years”.

Annually, holes appear where holes hadn’t existed before. The grass is destroyed and water seeps down and weakens the struggling foundations. The clock tower, the iconic symbol of the city of Novi Sad and Petrovaradin, has sunk at an alarming rate in the last 15 years, though whether this is due to natural aging or EXIT’s presence has yet to be confirmed. The EXIT organisation, despite its profits and the fact that it is able to use Petrovaradin for free at the city of Novi Sad’s expense, has to date not undertaken any renovation projects on the fortress it calls its home. Ironically, the fortress has survived Ottoman invasion, both World Wars, and NATO bombings; it might not survive EXIT Festival.

Worse still, one could even accuse EXIT of irresponsibility to its visitors. A fortress bridge is closed for most of the year due to its age – rotting wood and sinking foundations render it unsafe – but during EXIT time it is entirely acceptable for thousands of revellers to trawl across it. Deaths have occurred at the festival occasionally due to lapses in security, most recently last year when a young man fell to his death onto the rocks below the fortress. There was a similar incident in 2009.

A festival that once started as a protest against the regime now feels very much like part of it. What was once set up to help the citizens of Novi Sad and of Serbia to protest against the abject depression of the 1990s has become a monster of its own. It refuses to be held accountable to the people it purports to represent and the fortress it calls its home. The rebellious spirit that once so characterised the festival has been replaced by corporate sponsors and a duller atmosphere. Although this change is true of many festivals that grow into behemoths from small beginnings, it does not excuse the way EXIT has begun to behave towards the people and the city who welcomed it with open arms 15 years ago.

This article was written with additional reporting from Holly Marie Saunders. Holly is a law graduate, human rights activist and freelance journalist. 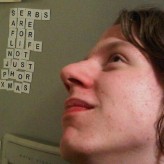 Fedor Tot is a Novi Sad-born, Welsh-raised History undergraduate at the University of East Anglia, Norwich. He has a particular interest in the history of the former Yugoslavia, especially its cultural history and is currently doing a dissertation on post-breakup films.