A young woman from Novi Pazar responds to the attack on the French magazine Charlie Hebdo.

Prompted by the mountain of comments coming from certain Muslims who have attempted to justify yesterday’s massacre at the Parisian publication Charlie Hebdo with such words as “The Prophet must be protected” or “Islam strikes back,” I have only the following to say:

The Prophet Muhammad (s.a.w.s.) was both verbally and physically harassed (to say the least), during his lifetime. And never did any of the ashaba (Prophet’s companions) commit murder or injure their fellow human beings (or attack entire cities).

Through violence, members of the terrorist organization ISIS place themselves both ahead and above those companions of the Prophet (to whom Heaven was promised). Nor do they follow their example, nor the example of the Prophet, who promised “My companions are like the stars, whom you may follow and never get lost.”

In the end, we are left with a great irony amidst the tragedy, as one of those killed in the attack was Ahmed Merabet. And as we know, the name Ahmed is a variation on the Prophet’s name, meaning ‘blessed, grateful.’

Thank you to all those who do not kill Islam, in the name of Islam.

Sincerest condolences to the families of the victims. 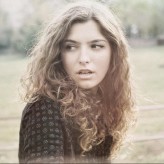 Džejlana is an essayist and short story writer from Novi Pazar, and an MA student of comparative literature in Novi Sad.