UPDATE: Olsi Rama, brother of Albania’s Prime Minister Edi Rama, has denied any involvement in the drone stunt that interrupted the abandoned Albania-Serbia match in Belgrade. He was arrested but later released and allowed to leave the country. Serbian Foreign Minister Ivica Dacic told Serbian media on Wednesday that he believed the incident had been “deliberate and planned”. Meanwhile, UEFA has confirmed that it has opened disciplinary proceedings against both teams.

Over the past 25 years, academic scholarship and journalism of varying degrees of quality have approached the subject of Balkan football fan cultures almost exclusively by looking at the groups’ violent, homophobic and nationalist behavior, their involvement in paramilitary formations and war crimes during the Yugoslav Wars, and their alleged links with various mafiaesque structures in the region. And one might argue rightly so. However, others might say that the same social problems, if less acute, exist elsewhere in Europe as well, and that this particular focus by Western media outlets only perpetuates and exacerbates traditional Balkan stereotypes.

That said, taking into consideration the region’s numerous football fan groups’ “track records” over the last few years, this particular focus comes as no big surprise.  There is, after all, still a widespread narrative, both internationally as well as in the region, that it was a particular football game in 1990, that represents the symbolic date when the dissolution of Yugoslavia began – “the day, the war started“. Back on May 13th, 1990, the game between the “eternal” rivals in the Yugoslav football league, Dinamo Zagreb and Red Star Belgrade at Zagreb’s Maksimir stadium had to be suspended due to violent clashes between the opposing sets of fans, the most brutal in Yugoslav sporting history.

Football hooliganism and the physical violence associated with it have thus been a major political and social issue in the region for quite some time. During the late 1980s and early 1990s especially, Yugoslav sport, and in particular Yugoslav club football, proved to be a major mobilizing tool for nationalist ideology, as it rapidly deteriorated into an ideologically and physically contested terrain, with supporters increasingly demonstrating a strong sense of national allegiance and promoting violence against others on an ethnic and national basis. As Vedran Džihić once wrote, Yugoslav sport at that time mirrored Yugoslav state weakness: the transformation of spectators to soldiers, the mobilization of national agendas and ultimately the break-up of the country.

Yesterday, for once it was not exclusively the spectators’ behavior during the tensely awaited UEFA European Championship qualifier between Serbia and Albania that will be grabbing headlines on the front pages of European sports newspapers. Whilst the crowd at Partizan Belgrade’s stadium did greet the Albanian national team with the more or less well-known repertoire of chauvinist and racist chants, posters, flares, etc., the game had to be abandoned due to another peculiar incident which was then followed by a short physical altercation between players from opposing sides and an intrusion by spectators from the stands. During the closing minutes of the still goalless first half, spectators witnessed a new form of “banter” that definitely surpassed the usual forms of ritualized symbolic and non-physical expressions of opposition in its ingenuity. At one point, a small remote-controlled helicopter-drone flew into the stadium just above the players’ heads. Attached to it was a flag, upon which there was a picture of so-called “Greater Albania” that included all parts of the Balkans where ethnic Albanians live, the portraits of two political and military leaders, as well as the caption “autochthonous” (meaning indigenous). The crowd in the stadium reacted furiously, but things really boiled over when Serbian player Stefan Mitrović managed to grab the flying device and bring it to ground. He was immediately confronted by onrushing Albanian players, who tried to retain their national flag, resulting in a brawl. Moments later, the heavy police presence paid off, when a riot squad quickly moved in to contain dozens of spectators – one of them being Ivan Bogdanov. Bogdanov, the leader of the Red Star Belgrade fan group Delije, was sentenced to more than three years in jail after being convicted of leading the hooligan group responsible for the abandonment of the Italy vs. Serbia game in 2010, invading the pitch from the stands and securing the retreat of the players into the tunnels.

After the game had been suspended for over 30 minutes with Serbian spectators (by mutual consent there were no tickets made available for travelling Albanian fans) engaged in a fight with riot police, UEFA confirmed that the match had been abandoned. According to Serbian media reports, it had been the Albanian Prime Minister’s brother himself who had control over the flying device and who was arrested on suspicion of being the main culprit.

The incident, whoever may have been responsible for it, still illustrates two things. First of all it demonstrated that despite the continuous improvement in relations, the social and political contract between Serbia and its Southern neighbours (Kosovo and Albania) remains fragile –  if not among the political elites, then among the so-called “common people”. (Thousands of people in Prishtina celebrated the outcome of the incident, while the Serbian media spoke almost unanimously about an outrageous provocation).

Furthermore, it again exposed the inability or unwillingness of the Serbian police to fully control organized football hooliganism, only underlining the bigger question for politicians of how to deal with football hooliganism as a whole. After years of politics fluctuating between a laissez-faire approach and actual “courting“, the problem has reached the point where many of the region’s political elites see their only way out as being a strict enforcement of “Thatcher-esque” zero-tolerance law-and-order. The problem is more complex, however, and cannot be resolved through sheer policing and the criminalization of football fans and football-related violence, but must also be understood as a socially-endemic phenomenon and should be treated as such.

The increased politicization of everyday life through politics from above is often accompanied by a politicization of sport from below through athletes and spectators. Particularly in such a politically-loaded game as Serbia vs. Albania, it was to be expected that the atmosphere within the stadium would emulate popular political discourse with mobilizing expressions of nationalist sentiments articulated in one way or another. As was seen a few months back during the two encounters between the national football teams of Croatia and Serbia, a particular national charge is ascribed to these games, which, with the passing of time, however, seems to be increasingly ephemeral.  We can only hope that this same process happens for the two teams that played in yesterday’s game as well.

This article was originally posted on the Balkans in Europe Policy Blog. They have generously given us permission to republish it here. 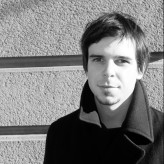