Attacks on journalists are a serious problem in Bosnia-Herzegovina and are symptomatic of an ill society, said participants in a public panel discussion titled “Attacks on the Press” organized by the Center for Critical Thinking and the portal Tacno.net in Mostar on January 15th.

“In the last nine years, 400 cases of violations of freedom of speech and the rights of journalists have been registered in Bosnia-Herzegovina,” Dunja Mijatović, OSCE Representative on Freedom of the Media wrote in a letter of support to last week’s panel. “A helpline for journalists recorded 60 physical attacks and 17 death threats in the last eight years; criminal charges were only pursued in nine cases, seven of which were treated as minor infractions, and only two resulted in criminal proceedings.”

The event was organized in response to two recent attacks on media workers in Bosnia-Herzegovina. On December 15th, the news portal Klix.ba released an audio recording of a telephone conversation in which the Prime Minister of Republika Srpska, Zeljka Cvijanović, could be heard talking about buying off opposition lawmakers in order to ensure her party’s majority in parliament. Police raided their offices on December 29th.

Items confiscated by the authorities during the raid were returned two weeks later. Significantly, officials were interested in identifying the source of the controversial recordings, rather than authenticating the taped telephone conversations and investigating whether or not the prime minister really had intended to buy off opposition MPs.

Just four days later, the editor-in-chief of Tacno.net, Štefica Galić, and another editor, Amer Bahtijar, were attacked while leaving a movie theater. They were accosted in the company of Galić’s three-year-old granddaughter, whom they had taken to go see a film. An unfamiliar group of men in their 30s cut them off and began insulting them, and the confrontation quickly escalated to open threats that they would “end up like Professor Slavo Kukić”, who was recently beaten in Mostar.

“My circle around Mostar is getting smaller,” Galić told an interviewer for Dnevni list in response to a question about whether or not she was afraid. “I work all day long and at night I take a walk. This was not the only attack that has happened; we’ve experienced attacks from those on the left and the right, nationalists of all kinds. We’ve had problems when we wrote about Kosovo, about Islamists, and chauvinism – attacks on all sides.”

Štefica Galić: Heroine in the Role of a Victim

The confrontation outside the movie theater earlier this month was not the first time Galić has been targeted. She was the victim of a physical assault in July 2012. The brutal attack occurred just two days after the premier of the film Neđo od Ljubuškog, which told the story of Galić’s husband, who helped Bosniaks during the war and tried to prevent them from being transported to the Heliport detention camp. During the film’s premier, the entire Galić family, as well as the film’s director and all of the witnesses featured in the film received death threats. The film was based on true events: the attempt to ethnically cleanse Bosniaks from Ljubuški in 1993.

“The movie is about my husband, about us, and several others from Ljubuški who managed to muster some superhuman strength and publicly opposed the persecution of Bosniaks, and tried to save them in any way possible from the terror of being sent to the camps. The film provoked wrath in Ljubuški and I was physically attacked. The Court in Siroki Brijeg sentenced my attacker, Vera Dedić, to three months’ probation and made him pay a 600 KM ($350) fine,” Galić says.

After the many problems that accompanied the film screening and the death of Galić’s husband, the family’s life changed completely. They left their home in Ljubuški and were unable to sell it.

“We closed the door, we shut down the company which hadn’t been entered by almost anyone since 1990, and materially we fell to our knees. I was picking strawberries in Italy and cleaning staircases; I worked various jobs in Medjugorje and was in this way able to survive with my children. It is hard to live in such an environment, among hypocritical people who act as if they know it all and who might pat you on your back when no one else can see them and say, ‘Well done, you’re right, but why don’t you keep quiet?’ On the other hand, our portal has convictions, a message of anti-fascism; it promotes a tolerant society, democratic values and ‘otherness’ as such. Our columnists and colleagues are from all over the former Yugoslavia. They write critically about politics, culture, corruption and all that is happening. I believe that through criticism something can be fixed, or at least serve as an attempt to make it better,” Galić says.

As for work with the portal Zurnal.ba, Štefica said that the imminent threat of another physical assault has been minimized due to widespread publicity and the support she has received from other organizations and individuals. There are still other difficulties, however, and she recognizes that she is in a precarious financial situation. Still, she refuses to give up.

“I am still paying back a loan that I took out to pay for my husband’s chemotherapy treatment; this loan is for 417 KM ($245), and my pension is only 320 KM ($190). My children are always helping me, but they are not financially secure themselves. I am still ready to chop wood and work, and I will work as long as I am healthy; I will not go hungry. I do not need to have police protection as it is. But it is truly hard to be alone, lonely, Don Quixote. I really am not afraid of anyone and I will not give up on my convictions for a single second, not even at the cost of my life,” Galić says.

Numerous journalists and university professors spoke at the “Attacks on the Press” panel in Mostar. “The prevailing system of values in the society in which we live — meaning the society that was created out of the dissolution of Yugoslavia — is such that free speech is the exception rather than the rule,” theater director and tacno.net columnist Oliver Frljic said. “However, journalists and all people who write should not give up, because the point of violence is to make victims give up.” 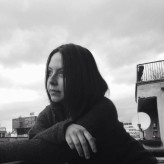