It was in the bloody aftermath of Belgrade’s first gay pride march in 2001 that Serbia first earned its reputation as one of the most homophobic countries in Europe. The event was an unmitigated disaster; shortly after it had begun the demonstration was attacked by thousands of violent ultra-nationalists who turned the peaceful march into a riot that left many LGBTQ+ activists hospitalised.

Nearly fifteen years have passed – and while there have been attempts by the political class to make Serbia appear more inclusive of “sexual minorities”, life for queer and trans individuals is still a living nightmare.

Though the parliament introduced a set of comprehensive anti-discrimination laws in 2009, the overwhelming majority of Serbs still hold deeply negative views about the LGBTQ+ community, with half of Serbs viewing ‘homosexuality’ as an illness. Verbal and physical assaults are common, queer women suffer incidents of corrective rape, and the last few years have even seen the rise of groups using dating apps to “hunt” gay men. The situation has become so dire that according to research carried out by EurActive, 63 percent of gay men in Serbia have suffered from suicidal thoughts.

Over the past fifteen years, the Serbian Orthodox Church (or SPC: Српска православна црква / Srpska pravoslavna crkva) has remained at the heart of opposition to queer and trans rights in the country. Anti-LGBTQ+ marches are awash with Orthodox Christian imagery, and often led by priests chanting with censors claiming to be cleansing the “sins of Sodom”. Senior members of the clergy have even openly incited violence against LGBTQ+ Serbs, with Metropolitan Amfilohije famously instructing anti-gay protesters that “the tree that does not bare fruit should be cut down and thrown to the fire.”

The Serbian Orthodox Church is far from a fringe voice – following an enormous religious revival after the fall of Yugoslavia, the Church has ascended to become Serbia’s foremost cultural institution. As a result, the SPC has had a significant impact on the holding back of LGBTQ+ rights on the political stage, bringing down the first reading of the anti-discrimination bill in 2009. But the Church’s biggest influence has been on the shaping of discourse that underpins anti-gay sentiment in Serbia.

Their opposition to same-sex relationships stems from the SPC’s obsession with the preservation of tradition. As a branch of the Eastern Orthodox Church, many of its beliefs have remained unchanged since the early centuries of Christianity. Tradition therefore serves as a key source of spiritual authority. The Church’s view is that same-sex relationships are a mental health disorder imported from the West, but this belief stands in direct contradiction to the history of Serbia and the Orthodox faith.

In 1994, the late Harvard Church historian John Boswell challenged the modern Eastern Orthodox Church’s consensus that LGBTQ+ individuals have no place in Christianity. His book Same-sex Unions in Premodern Europe follows the development of a form of same-sex marriage that existed in the Balkans and Near East until as late as the early 20th century. The tradition sometimes referred to as “brotherhood” or “sisterhood” unions has its roots in the early Church’s radical beliefs about sex and the material world.

Christ’s immediate followers after his death expected his return at any moment, and chose to reject material wealth and refrain from all sexual relations as they awaited the end of time. Biblical writers such as Paul urged Christians not to get married (1 Corinthians 8: “…It is good for [the unmarried] to stay unmarried”), not only because of the impending apocalypse, but because pagan and Jewish marriages were largely organised around financial concerns. The associations with sex and money made marriage an overtly sinful prospect in the wake of God’s imminent judgment.

Christians sought to create their own alternatives that put an emphasis on deep spiritual and romantic love over wealth and carnality, and so the tradition of “fraternity rituals” was born. Contrary to popular belief, early followers of Christ viewed all forms of sex as equally sinful (in the words of St. Paul: “It is good for a man not to have sexual relations with a woman”). Moreover, scripture does not actually prohibit love or romantic relations between people of the same sex, so these rituals remained open to both same-sex and opposite-sex couples.

In time, Christians came to the conclusion that the apocalypse was further off than they had originally anticipated and adopted a more laissez-faire attitude towards sex. In the 12th century, over a millennia after Christ’s crucifixion, the Church fully embraced the idea of marriage and transformed these fraternity rituals into the marriage liturgies we know today. While same-sex unions would become taboo in Western Europe, they remained a central part of Christianity in the places where the early Church had originally resided across the Balkans and Near East.

What makes the traditions recorded by Boswell significant to the Serbian context is that two of the liturgies recorded within Same-sex Unions in Premodern Europe originate from Serbia, predating the Ottoman occupation. Furthermore, they remained in practice as late as the 19th century. In the words of Serbian historian Panta Srečković, such unions were once common “in all Serbian tribes from Thessaloniki to Istria, from the Adriatic shores to beyond the Danube and Sava rivers and everywhere that Serbian is spoken.”

This tradition has now all but disappeared from the collective memory of Serbs, but even today the ceremony would be instantly recognizable as a form of Orthodox marriage: The couple is led by a priest into the Church, their hands are bound together, crowns are placed upon their heads, they share communion and the ceremony is even sealed with a kiss. At one tender moment during the service the deacon sings: “For them that are come together in the pledge of lifelong love we beseech thee, O Lord…that the Lord our God unite them in perfect love and inseparable life.”

The tradition lasted into the modern era thanks in part to Ottoman rule. The Ottomans generally did not care to interfere with the personal romantic affairs of the people they ruled, allowing for the unimpeded expression of an abundance of sexual mores  within the empire. Harems existed in the same cities as celibate monasteries, and while their permissive attitudes garnered disgust from some Western Europeans, it excited others.

Figures like Lord Byron, in an attempt to escape the stifling homophobia of 19th century Britain, came to the Balkans to enjoy this freedom of expression, describing his experience in one bathhouse in Thessaloniki as “a marble paradise of sherbet and sodomy.” Peter Drucker, a historian on the topic of Ottoman sexuality, tells us that while individual religious and ethnic groups had their own varying customs surrounding romantic norms, the Sultan’s ultimate hegemonic supremacy allowed for “much social and sexual interaction, including same-sex, between Muslims, Christian and Jews.”

But “brotherhood” and “sisterhood” unions did not continue as a capitulation to Ottoman culture. These were not the bawdy bathhouse flings enjoyed by Byron; they were sacred bonds of love and fidelity performed in the Church and steeped in the history of Christian resistance. Brotherhood unions were connected to the memory of the martyrs Sergius and Bacchus: two Roman soldiers, wed to one another, who had been tortured and executed for their faith.

Men who desired men were not viewed as effeminate or sick as they are today, but viewed like the Spartans of Ancient Greece. Not only did they have their place on the battlefield, their prominence is particularly notable in the Serbian uprisings against Ottoman rule. It is also rather conspicuous that the legal code written by the first ruler of independant Serbia, Karađorđe, contains no prohibitions against same-sex relationships. It would be Serbia’s shift from an Ottoman vassal state to an inpedendant Western European-style Kingdom however, that would spell the end of this sacred Orthodox Christian tradition.

19th Century Western Europe fetishized the idea of sexual immorality. Books and newspapers of the time were filled with stories of fallen women, scandalous romance and lustmord (sexual murder.) As people grew increasingly obsessed with sex, European states began to police people’s private lives like never before and looked to the new science of psychiatry to investigate “sexual inversion.” Many of these early psychiatrists suggested that that those most prone to these abnormal behaviors came from groups regarded as being at the bottom of society: the working classes, Jews, people of colour and the Slavs that had once lived under Ottoman rule.

As Serbs came to interact with the sex-obsessed west, they became acutely aware that Western European nations viewed Serbs as lustful, hyper-sexualized and tainted by Oriental sexuality. The view that the Balkans were backward and sexually immoral is particularly present in the popular literature of the time, such as in Bram Stoker’s Dracula.

As the Serbian cultural elite began to measure their cultural standards against the values of countries such as Britain and France, same-sex rituals would come to be viewed as a repugnant symbol of everything that made Serbia “other.” Those who entered same-sex relationships would no longer be judged by their love or by their contribution to society, but as “sexual inverts” with no place in a modern civilization.

From the 19th century onwards, fraternity rituals would slowly fade from Balkan culture as the new Western concept of “homosexuality” came to replace traditional understandings of same-sex relationships. In 1908, German anthropologist Paul Adolf Näcke witnessed the union still in practice among Christians in Albania and wrote in some explicit detail about the passion and love that existed between men bound by this union. Even as late as 1933, Christopher Isherwood referred to the Balkans as the land where “priests preside over male marriages.” Eventually Serbian historians would deny the deep romantic and spiritual connections that existed within many brotherhood and sisterhood rituals. Instead, they would try to equate them with the idea of platonic “blood brotherhoods” or military unions.

If the history of brotherhood and sisterhood unions in Serbia demonstrates anything, it is that the current beliefs of the Serbian Orthodox Church on same-sex relationships are in no way traditional.

Exacerbated by attempts to culturally distance Serbia from the Western European nations that intervened during the fall of Yugoslavia, the modern church’s view has become a Frankenstein-like monster, synthesized from discarded 19th century psychiatric pseudoscience and anti-Western ultranationalist sentiments. For the modern Serbian Orthodox church, the irony is that the West is not the origin of a 21st century plague causing homosexuality, but rather the inventor of the homophobic traditions the SPC now preaches itself.

The future remains uncertain for the LGBTQ+ community – while the government remains keen to portray Serbia as an inclusive country, it lacks the will and understanding to tackle the real issues that affect queer and trans individuals.

Regardless of sexuality or gender identity, Serbia is in a period of great economic instability and struggles to find sympathy for its interests on the international stage. Therefore, perhaps rather than encouraging violence and discord among the population, the Serbian Orthodox Church would do well to remember the words of its founder, St. Sava: “Само слога Србина спасава.” Only unity will save the Serbs.

Cover image: Early Christians had no qualms with deep romantic and spiritual connections between individuals of the same sex, as this icon depicting St. Peter and St. Paul kissing suggests. Credit: www.executedtoday.com 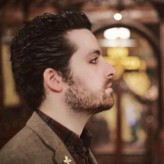 Nik is a British-Serb Theologian and LGBTQ+ rights activist currently studying at King’s College London. He grew up in Bath and Belgrade, and his work explores the intersections between queer and trans oppression, his Eastern Orthodox Christian faith and traditional Balkan culture.