Newspapers around the world have branded Kosovo an “ISIS hotbed” or “fertile ground for ISIS”. But what accounts for this trend? And what is Kosovo doing about it?

Regrettably, France and Belgium have made headlines as major sources of foreign fighters for terrorist organisations in Syria and Iraq. In the Balkans however, Kosovo is in an equally preoccupying situation. Recently, a Kosovo court sentenced seven men to prison terms of up to ten years for recruiting on behalf of the Islamic State or for fighting for the group.

This small country of 1.8 million inhabitants, of which 97 percent are ethnic Albanians, has witnessed a significant number of volunteers leaving for jihad. Newspapers around the world have branded Kosovo an “ISIS hotbed” or “fertile ground for ISIS”. But what accounts for this trend? And what is Kosovo doing about it?

Kosovo reportedly has 200 nationals fighting in the Middle East; many reporters and experts think there are more. In absolute value this is rather insignificant. But “Kosovo has 125 foreign fighters per capita for every 1 million citizens, making it the highest ranking country” in a 22 state table — which includes countries such as Belgium or Turkey — that the Kosovar Center for Security Studies (KCSS) has drawn up.

Kosovars figure prominently among Islamist terror groups. They include Ridvan Haqifi, the leader of the Albanian-speaking ISIS fighters, Lavdrim Muhaxheri, notorious for his savage and publicised executions of prisoners or Qamile Tahiri, a mother of two from northern Kosovo, who followed her husband to Syria and allegedly runs a women’s training camp.

A dangerous cocktail of disillusionment, unemployment and foreign interference

Grateful for NATO’s 1999 intervention in the war it was waging against the Federal Republic of Yugoslavia, Kosovo has traditionally been a strong supporter of the West. Kosovo’s capital, Pristina, has a statue of Bill Clinton, a George W. Bush street and a number of Kosovars have been named Tony after the ex-British prime minister.

However this enthusiasm has started to fade. With five EU member states still refusing to recognise Kosovo’s independence, EU membership is far from certain. The EU too has lost some of its appeal: a recent deal with Serbia, brokered by the EU, has angered many Kosovars and triggered massive protests in early 2016.

Florian Bieber, an expert on the region and the director of the Centre for Southeast European Studies at the University of Graz, believes that the historical “legacy” of loyalty to the US is no longer automatic among the young generation. Donald Trump’s anti-Muslim rhetoric certainly has not helped pro-American sentiment. A growing sense of frustration and abandonment by the West — amplified by the stigma it has endured during the EU’s refugee debacle — have dampened the hopes of Kosovo’s integration into Euro-Atlantic structures.

Endemic corruption among the elite in Kosovo – Transparency International (TI) ranks the country 111th – and enduring practices of nepotism have also considerably impacted the levels of trust in government institutions. The 2015 Corruption Perception Index of TI gave Kosovo a score of 33/100 in a range where a score of zero means “highly corrupt” and a score of 100 means “very clean”. This has fostered a growing sense of frustration and disillusionment with the public sector and the overall labour market. Florian Qehaja, director of the KCSS, indeed believes that a “loss of confidence in state institutions” saw young men and women “turn to their religious leaders” for guidance.

High unemployment levels and economic stagnation have only made matters worse. With over 60 percent of youth aged between 15 to 24 out of a job in 2015, roughly 30 percent of the population living below the poverty line (1.72 euros/day) and structural under-investment in the educational system, future job prospects are slim. As a result, the promise of financial reward for joining the ranks of jihadist organisations has proved too tempting for many.

Despite this relative socio-economic underdevelopment, the rate of internet penetration in Kosovo, 76.62 percent, is among the highest in the region. Unsurprisingly, this has proved to be a crucial propaganda tool used by ISIS and others in recruiting candidates online for jihad; idle and poorly educated youngsters are easy prey for sleek websites promising a sense of purpose and adventure.

Rural communities, despite government neglect and inadequate infrastructure, have affordable access to the internet, often paying less than 15 euros per month. But speaking no foreign languages, or more precisely English, the young people of rural Kosovo are only exposed to Albanian language content on social media. According to the KCSS they have been particularly affected by the manipulation of Albanian-speaking foreign fighters who have posted countless “emotionally appealing songs in Albanian language”, “hundreds of lecture of imams” and the “exploits” of Albanian-speaking jihadists in order to entice and inspire potential recruits.

Also capitalising on this political disenchantment and bleak economic outlook, a number of foreign-sponsored charities and imams have started disseminating the tenets of Wahhabism – an ultra-conservative interpretation of Islam. Blaming the Western world for Kosovo’s decadence and providing financial assistance or shelter, various missionaries have found a fertile ground for their alternative worldview. An in-depth New-York Times feature has brought to light the extent of the ‘Saudi connection’ and the involvement of Arab gulf states in the progress of Wahhabi teachings in Kosovo.

Arrests in 2014 and 2015 indeed seem to suggest that a number of charities, mosques and clerics are affiliated with radical Middle Eastern, but also Turkish, networks: imams such as Zekerija Qazimi have been educated in (mainly) Saudi religious schools and incarcerated for recruiting candidates for terrorist organisations. This has led to moderate Islamic theologians and scholars criticising Kosovo’s official Islamic body, the BIK, for failing “to prevent the growth of extremism and the emerging Wahhabist ideology backed by Saudi Arabian funds”. Former MP and journalist, Alma Lama, certainly agrees that “the state has been oblivious” to the infiltration of a “fundamentalist discourse under the guise of humanitarian organisations”.

Taking stock of this worrying trend, the government has ramped up efforts to clamp down on radicalisation. The Kosovar Foreign Ministry’s 2015-2020 counter-terrorism strategy has made it one of its priorities to combat the influence of “some NGOs, local and foreign organisations” in the spread of “the phenomenon of violent extremism and radicalism” and already shut down 14 Arabic NGOs in late 2014.

Over the last two years around 100 locations have been raided and some 50 people are on trial in Kosovo, suspected of having joined the ranks of ISIS or the Al-Nusra Front in Syria. The country adopted, in March 2015, new anti-terrorism laws making “fighting in foreign conflicts a criminal offence punishable with up to 15 years in prison”. Qehaja insists that “the work of the Kosovar authorities against this phenomenon” has already proved very effective “in preventing and combating further youth support to terrorist organisations.”

The aggressive recruitment strategies of extremist preachers has also provoked a backlash among local Muslims. The vast majority of Kosovars practice a moderate form of Islam, entirely at odds with what imams like Qazimi preach. The older generation was brought up in socialist Yugoslavia while the new constitution enshrines the secularity of the state; around the country, people enjoy drinking alcohol and the sight of a hijab is a rather rare one.

Kosovar society has, on multiple occasions, mobilised against excessive religious conservatism: for example, in 2010 imam Kastriot Duka was deported back to Albania after 6,000 locals signed a petition against his illiberal positions. More recently, young men burnt the flag of ISIS in the streets of Pristina to condemn what they believed to be an exploitation of Islamic faith. As Rrahim Trepca, a young Kosovar working in Pristina, confirms “the future of Kosovo and its youth lies with Europe and in the values of openness and religious tolerance”.

All is not doom and gloom as some media outlets would have us believe. Bieber reminds us that when comparing the number of jihadists with the total Muslim population instead of per capita, Kosovo actually has fewer volunteers per capita of the Muslim population “than most Western countries”.

Also the pressure exerted by the state and civil society seems to be paying off. A European Commission’s 2015 report commended Kosovo for having “stepped up its efforts in the fight against terrorism”; so has US Secretary of State John Kerry. Various sources indicate that there have been no new recruits departing for Syria or Iraq in 2016. A number of initiatives, such as interfaithkosovo.org, have seen the light of day and are active in combatting the inroads made by extremists in Kosovo. And the recent solidarity marches in the wake of the Paris attacks seem to be eloquent symbols of Kosovo’s rejection of violence or terror.

Enhanced cooperation with regional partners on security issues, the appropriate use of funds earmarked for the judiciary and social institutions, better job opportunities as well as strengthening the role of schools and traditional Islamic structures are all promising ideas to reflect upon. But they will require time, money and strong political resolve – none of which are in abundance.

Mirgeta Hajdari also contributed to this report. She received her BA in Politics and English from Heinrich Heine University Düsseldorf, Germany, and an MA in European Studies from Maastricht University, the Netherlands. She is currently working for the Deutsche Gesellschaft für Internationale Zusammenarbeit (GIZ) in Kosovo focusing on migration and employment issues in the country. 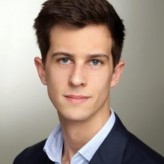