The Serbian government just appointed Ivica Tončev State Secretary to the Ministry of Foreign Affairs on December 12th. He appears to have lied about his university education, even claiming to have attended institutions that do not exist.

He’s trained as an auto mechanic.

Since Ivica Tončev was appointed advisor to Serbia’s Foreign Minister Ivica Dačić, the media has reported on his alleged connections to some of the most dangerous men from the Balkan criminal underworld: the list consists of names such as the assassinated controversial businessman Branislav Šaranović, convicted cocaine smuggler Rodoljub Radulović, even notorious Balkan drug lord Darko Šarić. However, the political career of Tončev remains a mystery. Any questions as to how this immigrant worker from Austria, born in Surdulica, Serbia, may have managed to seize high-level state positions in his homeland remains unanswered.

Given the current situation in Serbia, and the alleged connections between crime and people on the other side of the law, it seems some of these sources have provided the highest references for top government officials. This may very well be the reason why the Government of Serbia, at a session held on December 12, 2016, appointed Ivica Tončev State Secretary to the Ministry of Foreign Affairs. In terms of formal and legal criteria, Tončev could hardly be considered an ideal candidate  for the position. After reviewing Ivica Tončev’s CV, it appears that he falsely reported that he obtained BA and MBA degrees, while additional evidence suggests that he is actually an auto mechanic.

The Rise of Secretary Tončev

The first time any suspicions were raised about the credibility of Ivica Tončev’s diploma was when Blic reported on them in February 2013. Further research on the matter was conducted by the portal Pištaljka. When a team of scholars from London and Wiesbaden analyzed the content and assessed the originality of doctorates supposedly held by Interior Minister Nebojša Stefanović, Belgrade Mayor Siniša Mali, President of the Municipality of New Belgrade Aleksandar Šapić, and former rector of degree mill Megatrend University Mića Jovanović, the official educational bodies failed to conduct a thorough investigation into these claims. Moreover, the whole PhDgate scandal was covered up and none of the accused state officials were sacked. As part of the PhDgate investigation, Deutsche Welle published a study about the nonexistent “Megatrend University Worldwide” that served for buying and laundering degrees (DW, 06/13/2014).

The Ministry of Education, Science and Technological Development confirmed in March 2013 that Ivica Tončev is an auto mechanic. He received his vocational training in auto mechanics from the Technical School “Nikola Tesla” in Surdulica in 1986. (Pištaljka, 13.6.2013.) Pištaljka journalists filed a request with the Ministry of Education to confirm the authenticity of the high school diploma from the economic school “Milena Vuković”, which Tončev allegedly acquired in Peć following the 1987/1988 school year. However, it’s apparently impossible for the Ministry of Education to conduct any kind of investigation “because schools located on the territory of A.P. Kosovo and Metohija are not part of our education system” (Žarko Obradović, former Minister of Education, Pištaljka, 06/13/2013). The Ministry further recommended that the journalists  submit a request for document verification in the Albanian language to EULEX in Prishtina.

The Ministry of Education, Science and Technological Development of the Republic of Kosovo, in a document with the Department of Educational Inspections from 2013, reported that based on information provided by the “Ali Hadri” high school in Peja/Peć (previously “Milena Vuković” high school) that it was found “that the aforementioned person Mr. TONČEV (STOJAN) IVICA, born on 11/17/1968 in Niš, Serbia, does not appear in any of the official pedagogical documentation of this school”. In other words, in a database that contains information for the entire territory of Kosovo and Metohija, which the Ministry of Education of Republic of Serbia referred to, there is no record of any student by the name of Ivica Tončev.

Tončev’s CV still lists a diploma with the Faculty of Technical Sciences in Prishtina and a post-secondary education with a BA in civil engineering signed by one Dean Dr. Slobodan Barać (Blic, 8.2.2013.). In addition to the fact that Slobodan Barać was never a dean at the Faculty of Civil Engineering, the University of Prishtina has issued “a notice of credibility of a public document for the diploma of Ivica Tončev”, in which they listed all of the inaccuracies that unequivocally indicate that Tončev never attended, let alone graduated from, this institution. Dr. Nebojša Arsić, a dean at the Faculty of Civil Engineering in Prishtina, has stated that the “Faculty of Civil Engineering and Architecture, University of Prishtina never issued a diploma attesting to the completion of an undergraduate degree nor professional title with a name Tončev, Stojan Ivica, with serial number 311, on 13/04/1998”. Arsić claims that the facsimile for the diploma published by Blic is not credible, both in terms of its shape and form, as well as in terms of its alleged signatures of the dean and rector (Pištaljka, 13.6.2013., 1 i 2).

Based on a phony diploma from the Faculty of Civil Engineering in Prishtina, Tončev was admitted to Megatrend Business School, where two years later he obtained a diploma from the London-based Megatrend International Expert Consortium, an institution with an agreement with Megatrend University and therefore Megatrend Business School. Tončev completes his third year of studies at the Megatrend Business School in London, and was a member of the Megatrend International Expert Consortium, where in 1997 he received a degree in management (Pištaljka, 13.6.2013.). The order of nostrification of a foreign degree was signed by the Dean of Megatrend’s Faculty of Management in Zaječar, the notorious self-proclaimed professor and former rector of Megatrend University, Dr. Mića Jovanović (Pištaljka, 13.6.2013.). Ivica Tončev reportedly completed his academic masters studies at the same London-based Megatrend and obtained a masters degree in management in 2012. In a report about the administrative inspection of the credibility of the public document, as per a request by a journalist of Pištaljka, this was confirmed by the Ministry of Education, Science and Technological Development of Republic of Serbia (Pištaljka, 13.6.2013., 1 i 2).

And yet an investigation by Deutche Welle into the international network Megatrend University Worldwide, along with the affiliated Megatrend International Expert Consortium and Megatrend Business School from London, has shown that these are Potemkin’s Villages, i.e. pure delusion (DW, 13.6.2014.). Megatrend Business School from London was registered at the same address as 140 other companies, which means this was not a question of the level of prestige of the university campuses in question, but rather one of so-called “Letter-Box Companies”. The whole university network has in fact served to launder or trade worthless degrees from abroad, which were later nostrified by Megatrend University’s nationwide network in Serbia.

Ivica Tončev did not obtain a masters degree at Megatrend Business School in London, because such an institution does not exist, nor has it ever existed. Likewise, Tončev never graduated in management from the same institution, because if he had done so it would imply he attended classes at a mailbox — the only trace of this school’s existence in London. Tončev also never graduated from the Faculty of Civil Engineering in Prishtina, where at the time there was only a Faculty of Civil Engineering and Architecture, and which never had a Dean named Prof. Dr. Slobodan Barać. Additionally, Tončev never attended the secondary economic school “Milena Vuković”, later renamed “Ali Hadri” in Peć/Peja, as neither the Ministry of Education of the Republic of Serbia nor the Ministry of Education of the Republic of Kosovo possess any written record of any person by the name of Ivica Tončev ever attending this high school. This man is an auto mechanic and the State Secretary at the Ministry of Foreign Affairs of the Republic of Serbia. Be smart, be like Tončev. 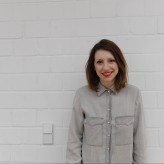 Natalija Miletic is a Berlin-based freelance journalist and a regular correspondent for the GermanDeutsche Welle Radio. She holds an MA degree in Peace and Security Studies from the Institute for Peace Research and Security Policy at the University of Hamburg, Germany.