“The main function of the rehabilitation of Serbian Chetnik General Draža Mihailović is to provide a new framework for interpreting the Yugoslav Wars of the 1990s,” argues Milorad Lazic.

In a clip that became public in 2005, video footage shows several members of a Serbian (para)military unit, the Scorpions, killing six unarmed Bosnian Muslims from Srebrenica. At the time of execution in 1995, the youngest victims, Azmir Alispahić and Safet Fejzić, were only 17. The video shows the six victims, who had their hands tied, killed by the Scorpions who shot them in the back.

In one episode of Ravna Gora, Radoš Bajić’s TV series about the Chetniks and General Draža Mihailović, somewhere on the banks of the Drina River during the German offensive in April 1941, Slovene and Croat soldiers are deserting en masse. While they are running away, a Serb soldier asks his commander if they should fire at them. The officer responds that the Serbs never shoot anyone in the back.

These two seemingly unrelated vignettes, both recorded on camera, belong to different genres but are more related than it may first appear. Their relationship is not accidental, and both were state-sponsored projects. In the creation of an ethnically clean Greater Serbia there was always a discrepancy between the gruesomeness of deeds committed and the loftiness of rhetoric; the latter often included motifs of honor and chivalry, but also emphasized the status of permanent victimization, injustice, and unfavorable historical circumstances. This dynamic is, to borrow from the psychological terminology, borderline “schizophrenic”, and demands the constant reinterpretation, use and abuse of history; it requires the careful selection of facts and their de-contextualization in order to reconcile these two opposing concepts of uncomfortable reality and idealized self-perception.

On May 14, 2015, the Higher Court in Belgrade rehabilitated Chetnik leader General Mihailović. According to the court ruling, based on the Rehabilitation Act of 2006, Mihailovic’s 1946 sentence was “null and void.” Judge Aleksandar Trešnjev said that Mihailović was sentenced for “political and ideological reasons.” Similarly, Oliver Antić, an adviser to Serbian President Tomislav Nikolić, said for Danas that the decision in 1946 was “not a process, but a lynching,” and praised the decision of the Higher Court.

This latest shameful episode from the Serbian judicial system, with enthusiastic participation and approval from numerous individuals from Serbian academia, political, and cultural life, is the logical consequence of a three decades-long process of the systematic destruction of Yugoslavism (and thus the idea of regional reconciliation and coexistence) and antifascist traditions. However, the main function of the rehabilitation is to provide a new framework for interpreting the Yugoslav Wars of the 1990s.

The similarity of the Chetnik crimes during World War II with those of Serbian police and military and paramilitary units during the wars of the 1990s is astonishing, their explanation and justification even more so. The very existence of these crimes is often denied. When admitted, they are usually minimized, relativized and assigned to renegades and psychopaths who strayed from the “correct” course. Moreover, sometimes they are explained as just retribution for alleged crimes committed against Serbs at any point in history.

Therefore, the question of rehabilitation is impossible to separate from the issues of ethnic cleansing, genocide, and other war crimes committed during the 1990s. The exoneration of the Chetniks is just another tool in the process of the preservation of the program of Greater Serbia. It removes inconvenient and uncomfortable truths from historical memory, distorts facts, and exculpates political, military, and church leaders involved in the creation and sustenance of the program. The rehabilitation of one general was enacted with another general in mind, who is still awaiting his sentence in The Hague.

Moreover, it is somehow natural that this process, which started in 2006 during the Tadić administration, was finalized during the tenure of Aleksandar Vučić and Tomislav Nikolić, the self-proclaimed successors of the Chetniks. This is important not only owing to their ideological affinity, but because Nikolić and Vučić’s role in the war crimes and ethnic cleansing of the 1990s has never been fully disclosed. Thus, it is not surprising to see that the legal team arguing Mihailović’s case consisted of prominent apologists for Serbian actions in Croatia, Bosnia, and Kosovo, such as Kosta Čavoški, Smilja Avramov, and the aforementioned Oliver Antić, a majordomo of the presidential office.

In his recently assumed role of political pragmatist with ostensibly little or no regard for the past (especially his own), Serbian Prime Minister Aleksandar Vučić, in his terse comments about the rehabilitation, emphasized the need for national unity and an orientation toward the future. Additionally, in his typically disdainful attitude towards Serbia’s neighbors, Vučić noted that Serbia was one of the rare countries in the region with an antifascist past, but also an antifascist present, and one that will have an “antifascist future.” This whitewashing of national and personal history, in addition to decades of a conscious and thorough destruction of all antifascist traditions, renders Vučić’s antifascist epiphany disingenuous and not particularly reassuring that with such a supposed “antifascist” past, an “antifascist future” is possible.

Therefore, Antić’s call to peoples of all former Yugoslav republics to rejoice over the decision of the Serbian courts is the ultimate expression of cynicism, and an example of the moral indecency of the Serbian political elite. The immediate reactions from Sarajevo, Zagreb, and Prishtina show that the court ruling makes coexistence in the region more difficult and reconciliation unachievable. It only lends a new life to an old program. 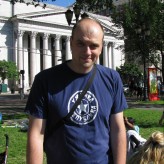