There is a dictum commonly taught to Macedonian schoolchildren in fifth-grade geography that their country is located in a favorable geographical position, straddling major commercial routes and constituting a gateway into Europe. They learn that Macedonia is situated at the crossroads of cultures and long-established trade routes – a fact which has made it a historical apple of discord in the Balkans. Coveting this land, conquerors have vied for control in a bid to secure access to crucial road networks such as the Via Egnatia and the Danube-Morava-Vardar route. As a modern republic, Macedonia continues to occupy an important place on the map, as the meeting point for Pan-European Corridors VIII and X. However, the plans for Macedonia to become an important node in these routes may be thwarted by major developments elsewhere which threaten turn the country into a European transportation bottleneck.

The importance of Macedonia as a commercial waypoint was acknowledged towards the end of the 19th century in a surge of track-laying activities sponsored by the Ottoman Empire. The first railroad in Macedonia was completed in 1873 by the Compaigne Chemins de fer Orientaux, a Paris-based concessionaire under the sponsorship of the Ottoman government. It was part of a longer line that ran from Mitrovica to Thessaloniki. By 1888, Skopje was connected to Niš and through it, Belgrade, Budapest, Vienna and all European capitals. Throughout the years, further expansions to the railroad system in Macedonia were made, first under the Kingdom of Yugoslavia and afterwards as part of SFRY. Expansion of the rail network was modest and confined to the eastern and western parts of the country. In this sense, for more than a century, time seems to have stopped for Macedonian rail, restricted to the north-south axis laid out by enterprising Europeans in a declining empire.

Today, the focus has shifted to Corridor X which represents a road and rail transport network targeted by the European Union for major overhaul. A valuable transportation artery, Corridor X bisects the country and provides the fastest overland route for cargo and passengers from Central Europe to the Balkans. It connects Skopje with Budapest to the north and Thessaloniki to the south where the corridor reaches its terminus. However, as of the time of writing, the train to Greece is not in service, following a unilateral cancellation on behalf of OSE, the Greek rail carrier. The decision was made on account of financial difficulties and it seems unlikely that the route will be making a comeback in the near future. While there have been reports of plans to reinstate the route, details remain scarce.

In addition to being a convenient way to get around, this route is of particular importance to Macedonia as it provides access for exporters to European and global markets through the ports of Greece. Neither can its symbolic importance as a lifeline to Europe be overlooked, playing an essential part in Macedonia’s self-perception as a European country. Whatever geostrategic importance contemporary Macedonia may still possess, however, is in danger of becoming sidelined as infrastructure has not kept pace with regional developments. Specifically, the state of rail transport, a key area of improvement for the European Union, has been stagnant for over 35 years in Macedonia with little effort invested in keeping up with rapid progress elsewhere in Europe. While European countries are betting heavily on rail to preserve the environment, minimize costs, and reduce their dependency on fossil fuels, Macedonia has experienced a surge in highway construction and repair. Prompted by an influx of EU funds, the Macedonian government’s focus on (re)constructing sections of highway has resulted in an increase of road usage for freight and passenger transport at the expense of rail. As a result, Macedonian businesses have found opting for road-based commerce to be faster, more dependable and more frugal. Passengers, too, prefer taking the bus due to a combination of better connectedness, speed and cost.

The combined impact of financial hardship, neglect, endless red tape and political impotence has left Macedonian rail in an atrocious state. As there has not been a purchase of new engines and cars in 40 years, trains are dilapidated and a poor ambassador to foreigners boarding the cars to Skopje in Belgrade. If what Paul Theroux wrote in The Great Railway Bazaar is universally true, that to board a train is to be challenged by the national character, then torn seats, filthy toilets and no heating may lead a tourist boarding a Macedonian car to expect a squalid but otherwise nondescript country. After braving the 400 kilometer journey which can take up to an obscene 9 hours, an intrepid tourist will also find that many sections require the train to crawl at a speed of 40 km/h due to the condition of the tracks.

Ambitious plans concerning the quality and prospects of transportation in the country have been announced by the government. As part of a broader infrastructure agenda, the railroad situation is set to make strides with projects envisioning connections with Bulgaria and Albania, and a revamp of the rail system. Macedonia currently has no track running either to the Bulgarian or Albanian border. Linking Bulgaria’s Black Sea ports of Bourgas and Varna with Albania’s Durres holds the potential for facilitating commercial activity and access to raw materials and markets. In addition, supported by a 50 million euro loan from the EBRD, the government has announced plans to modernize the fleet of Macedonian Railway with the purchase of new freight and passenger cars. Whether these plans will come to fruition in their promised form remains to be seen. These efforts, however necessary, may ultimately prove insufficient as the European Union gradually shifts its focus to investing in transportation infrastructure that threatens to circumvent the blind alley of the Western Balkans.

Namely, the European Commission’s latest TEN-T project focusing on developing networks in Eastern Europe entirely bypasses Western Balkan countries. Save for a Rhine-Danube link through Belgrade, Corridor X is likely to assume marginal importance at the current rate of development. The Corridor’s main rival is Corridor IV which is the shortest land connection between Greece and Central Europe completely situated within EU territory. It bypasses the countries of former Yugoslavia and the former Brotherhood and Unity Highway (now part of Corridor X). The recently constructed New Europe Bridge connecting Bulgaria and Romania across the Danube serves to shorten Corridor IV even further. As such, it will likely cause the current plans for a modern Corridor X to be redundant. Additional commercial competition is presented by the formation of a Rail Freight Corridor between Austria, Hungary, Slovakia, Czech Republic, Romania, Bulgaria and Greece.

The main advantage of Corridor X and, by extension, the opportunity for Macedonia to retain its significance is the shorter distance between Budapest as a gateway to Central Europe and Thessaloniki with its commercial importance as a port. Currently, the aforesaid developments on the Bulgarian-Romanian side have yet to cancel out the comparative advantage of Corridor X in terms of transport. However, this is certainly set to change in the foreseeable future as better infrastructure provides logistical perks of non-existent customs and the possibility of uninterrupted movement exclusively within the territory of the EU.

Macedonia’s potential to become a regional transport hub is at risk of being lost due to stagnant transport infrastructure development. Expanding its rail capacity and modernizing its trains should be moved up the list of government priorities for reasons that go beyond easing the movement of goods and people. In addition to commercial gains, better transport networks promote greater regional integration by means of facilitating the movement of people. Therefore, improving rail in Macedonia is a matter of supporting greater regional integration in a part of Europe that has been slow to reconcile its differences for the common prosperity of its population. Promoting trade through improved connectivity has the added benefit of helping to end outdated animosities and fostering trust between states. 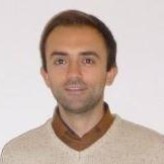 Aleksandar Zdravkovski is a Budapest-based writer and political commentator from Macedonia. His main interests are the modern history and politics of the Balkans and their impact on the future of the region. Aleksandar holds an LLB in Legal Studies from Ss. Cyril and Methodius University in Skopje and an MA in Comparative History from the Central European University in Budapest.