Until the beginning of November, the fence surrounding the Trade Unions House in Odessa was painted in the colours of the Ukrainian flag. Then someone decided to cover the country’s trademark blocks of blue and yellow in a swath of black. The fence has since become the symbolic battlefield in the fight between the city’s pro-Maidan and pro-Russia groups.

The Trade Unions House is a sensitive place for the people of Odessa. It’s the site where, on May 2nd, 2014, a street fight between pro-Ukrainian unity or “pro-Maidan” supporters and their pro-federalism or “pro-Russia” opponents turned into a deadly exchange of Molotov cocktails. The building was set on fire and more than 40 people were killed, most of them pro-Russia activists. Though there are plans to turn the charred building into the headquarters of the Ukrainian navy, the Trade Unions House has been closed since May 2nd, 2014.

The building has since become the symbolic battleground in the fight between anti-Maidan organizations and pro-Maidan groups in Odessa. On November 6th, one of the latter pro-Maidan organizations, “AutoMaidan”, painted a new flag on the fence: the black and red colours of the Ukrainian Insurgent Army, or UPA. The history of the group, which was active during the Second World War, is one of the most controversial in the country. For the current government and a significant segment of the population, the UPA is remembered for its fight for Ukrainian independence against both the Soviets and the German army. But for other Ukrainians, particularly those in certain Russian-speaking areas, the UPA is better known as a fascist group responsible for massacres against the Polish and Jewish populations. The Russian media has emphasized links between contemporary pro-Maidan activists and the UPA, and more broadly, between supporters of the government in Kyiv and Stepan Bandera, the leader of the WWII-era UPA. Banderivtsi or “Banderites” has since become the standard appellation for actual members of UPA-inspired organizations and Maidan supporters alike.

In Odessa, a city of complicated Russian heritage, the UPA flag has been given a lukewarm welcome: a poll conducted in October indicated that only 23 percent of the population of the Odessa region supported acknowledging the role the UPA played in the country’s struggle for independence. (Meanwhile, 76 percent of those polled in the western regions of Ukraine said they were in favor).

One of the local groups that has been the most outspoken its opposition to the UPA flag is called the Kulikovo organization, which derives its name from Odessa’s Kulikovo Field square, the location of the anti-Maidan activists’ headquarters at the House of Trade Unions and the center of the confrontation on May 2nd, 2014. Since that day, the “pro-Russian” group has attempted to meet in front of the Trade Unions House every Sunday to remember the people killed in the violence and to denounce the current political direction of the country.

Just one day after the UPA’s red-and-black flag was painted on the fence, members of the Kulikovo organization added another layer of political commentary with the words: “Odessans were killed under this flag”. In their view, the massacre of May 2014 was an act of “genocide” committed by “neo-Nazis”. The fact that a pro-Maidan, pro-Ukrainian unity group would proudly display the flag of Bandera’s organization made this all the more apparent, according to their interpretation.

AutoMaidan activists took the new comment seriously: just a day after the Kulikovo organization added their inscription, the pro-Maidan activists painted over it with the slogan, “Ukraine above all!!!” The words were written in Ukrainian in a predominantly Russian-speaking city, which was probably also part of the message. The pro-Maidan activists also took the flowers that the Kulikovo organization had laid there as part of the previous day’s memorial and threw them in the trash. “The fight between good and evil continues!!!” AutoMaidan announced on its Facebook page.

For many pro-Maidan organizations in Odessa, this kind of activity is indicative of the ongoing separatist threat in the city. “They are all separatists. Putin, Putin, Putin, that’s the only thing they can talk about,” says Katya, who works for an NGO that collects equipment, food and medicine for soldiers fighting in the Donbass. When asked whether there are still many separatists in the city today, her answer is unambiguous. “Yes, there are still a lot of them,” she says.

Vitaly Kozhukhar agrees. More than a year ago, he created a paramilitary organization called the “Self-Defense of Odessa”, which aims to “protect the revolution” achieved in Kyiv. In a large building shared with other NGOs in the city centre, the paramilitary group offers courses on military theory and organizes field trainings led by veterans of the war in the Donbass. Kozhukhar explains that the organization’s goal “is to prevent what happened in the Donetsk and Luhansk regions from happening here [in Odessa]. If people try to capture administrative buildings, we will be ready to prevent them from doing so.” For Kozhukhar, like Katya, the separatist threat is very much alive in Odessa today.

But how strong is separatist sentiment in Odessa? The question is hard to answer. While a sizeable segment of the population is wary of the revolution’s supporters and the current government, this scepticism does not necessarily translate into outright separatist aspirations.

At the end of August, the International Republican Institute or IRI, an American organization that promotes democracy around the world, conducted a poll to determine the population’s feelings about Ukraine and Russia. While the results in Odessa suggest a more complex situation than in the more uniformly pro-Maidan western part of the country, IRI’s poll also seems to dismiss any looming “separatist threat”: 74 percent of ethnic Russian respondents said they wanted Ukraine to remain an independent country (including 17 percent who hoped for a federal model), while only nine percent said they wanted to see Ukraine “divided into several countries”. The question of Crimea’s status was more divisive among those identified as ethnic Russians. About a third of those polled described Russia’s annexation of Crimea as an “illegal invasion”; another third said the action was a move to ensure the “lawful protection of Russian-speaking citizens of Ukraine”. The remaining participants in the poll opted not to answer the question.

“The situation has changed since the Maidan revolution,” explains political analyst Brian Mefford, who has lived in Ukraine for 15 years. “Before, we could say that about 75 percent of the local population was ‘pro-Russian’; now it’s closer to 50-50”. Even then, “pro-Russian” can mean many things, ranging from people who self-identify as having cultural, economic or social ties with Russia (but who don’t necessarily wish to see any territory secede from Ukraine) to those with overt separatist sympathies. Odessa is undoubtedly a complex city, but not one that seems ready to become part of Russia.

One week after the fence around the Trade Union House was painted with the UPA’s colours, members of the Kulikovo organization are back in front of the building. Their group consists of about 30 people, the majority of them old women. It’s a far cry from the pro-Russian protests of the spring 2014, which brought thousands of demonstrators hoisting Russian flags onto Kulikovo Field square.

A bit further away, nine men stand under a Ukrainian flag. The two groups are used to each other by now. Though neither seems particularly threatening, policemen and even an anti-riot unit are deployed around the place, just in case.

The fence has changed again: it’s painted entirely black now, save for two white orthodox churches. Members of the Kulikovo organization gather near, and attempt to hang a poster with the faces of some of the people killed during the events of May 2014. They are quick to remove the memorial poster, however: Two weeks ago, when they tried to hang a banner reading “Odessa – Khatyn of the 21st century” (a reference to the Belarusian village of Khatyn, the site of a massacre perpetrated by the German army in 1943), pro-Maidan activists ripped it apart before burning it.

Surprisingly, the speech that follows this ceremony is unrelated to the events of May 2014, and is instead focused on the recent attacks in Paris. The international media is briefly criticized for not covering other terrorist attacks around the world, then the speaker switches the subject to local politics. When he begins talking about Russian opposition politician Maria Gaidar, who ex-Georgian president and current Odessa governor Mikheil Saakashvili has appointed to the municipal council of the city, the audience’s anger grows palpable.

“We are here to remember the people who were killed, yes, but we are also a political movement; our goal is also to denounce the Ukrainian government,” says the man giving the speech.

But are these people separatists? The question is met with unmistakable exasperation: someone mentions the Second World War, the fight against fascism, the closing of factories since the independence. Then, a woman who looks to be about 40 years old — much younger than the average age of those present – suddenly exclaims, “Yes, I am a separatist, and I am proud of it! I’m a separatist because I am against this regime!”

“You can’t be a separatist just because you’re against this particular regime, that would mean that if there was another Ukrainian regime you would not be separatist!” a man standing near her replies. The debate quickly grows fierce, even though all people involved clearly share a strong aversion towards the current government in Kyiv.

In Odessa, both pro- and anti-Maidan groups demonstrate a general hostility towards the country’s current leadership, along with a renewed post-revolutionary patriotism, which makes the real contours of Odessa’s relationship to the rest of Ukraine difficult to grasp. Many local people will explain this complexity by saying that Odessa is a special city. Odessa is historically “Russian”, sure, but it also has a history of “multiculturalism” that makes it very different from Crimea or the Donbass. From the end of the 18th century when Odessa was founded, Russians, Greeks, Ukrainians and Jews arrived en masse, attracted by the city’s reputation for openness, tolerance, and economic opportunity. The city is known throughout the former Soviet Union for its humour and even for its own “language” (which is little more than a few unique slang words, but still). Though this reputation probably resembles real life less now than it once did (most of the city’s famous Jewish population, so central to the creation of Odessa’s identity, left the city after WWII), locals retain a sense of pride and a feeling of “difference” from other Ukrainians and Russians.

In Odessa today, those who belong to politically active pro-Maidan groups or overtly separatist-minded circles are a minority. Most of the population is first and foremost concerned with the state of the economy, inflation and corruption. Locals may be wary of the current government in Kyiv, but then so is the rest of Ukraine: a poll from August 2015 revealed that 71 percent of people in the country’s southern regions (including Odessa) had no trust in the Presidency, while 63 percent of those in the much more Maidan-friendly western regions expressed the same feeling.

Symbols of the revolution continue to inspire controversy across Ukraine. On November 12th, unknown individuals destroyed a memorial dedicated to those killed on Independence Square in Kyiv during the revolution. For the pro-Maidan activists who made the memorial, which consisted of more than a hundred trees to represent each person killed during the protests on the square, this was not a random act of hooliganism, but a deliberate political provocation. It was also another indication that for Odessa, with its competing messages painted on the Trade Unions House fence, the time for genuine reconciliation between pro- and anti-Maidan camps has yet to arrive. 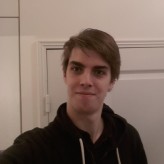 Fabrice is a French journalist with an interest in Central and Eastern Europe, as well as international issues. He studied Political Sciences in Toulouse, France and International Relations in Saint Petersburg, Russia. For several months, he was based in Odessa, Ukraine. You can follow him on Twitter @fabrice_deprez