Are they performing political artists? The band that criticizes totalitarianism and imperialism provided an incredible plot twist – our features editor delves into the how and why.

The news of a Slovenian/Slovakian/Slabenian band called Laibach performing two concerts (19 and 20 August) on the occasion of Liberation Day (15 August) in North Korea has left many people confuzzled. One has never heard of this band, nor the country they are from. It turns out that Slovenia is a small alpine republic that used to be one of the constituent parts of Yugoslavia. The name of the band appears to be the German name for the Slovene capital Ljubljana. Moreover, looking them up on YouTube, we find out that they often sing in German with deep growly voices and dress in combat uniform. So do they identify with Nazism or German imperialism? Do they think Slovenia should actually be Germany? But why are they playing in Pyongyang? Who has ever heard of this band in North Korea?

If we look at the origins of the band in Yugoslavia in the 1980s and their subsequent development, it is safe to say that they are anti-totalitarian in general, rather than supportive of any one type of totalitarianism. Moreover, they tend to problematize people’s identification with generalizing and totalizing symbols and constructs wherever this occurs. For instance, their album Volk (2006) consists of reinterpretations of anthems from several countries, confronting the listener with questions of identification in general: if all nations claim for themselves a certain natural or god-given right to land, freedom, truth, or other such things, where does that leave the nations/peoples/countries in relation to one another? How does it all compute?

Their use of the German language in songs is similar: it is a provocative tactic. The sound of German is often considered harsh and (therefore) suitable for totalitarian purposes, which in itself can be seen to stem from people’s primary and prejudiced association of Germany with Nazism. Especially for a band from Slovenia, a country that was under axis control in World War II and part of the Austrian Empire until the end of World War I, using German and having a German name was an effective tactic in 1980s Yugoslavia to problematize totalitarian tendencies of the contemporary state.

Drawing this line of analysis into present times could also explain the band’s increasing use of the English language. While the studio album Opus Dei (1987) already contained several English-language tracks, Laibach’s last album Spectre (2014) is solely in English. Over the course of the last few decades, English has indisputably become the hegemonic world language. All over the world, children learn English as their second language in school. It is the language of international business and finance, and more importantly, it is the language of the internet. Is it too speculative to interpret Laibach’s full turn to English as a commentary on the totalitarian possibilities of one language, mainly associated with American-capitalist culture, becoming the world’s lingua franca? Naturally, using English also exposes the band to a wider audience than using Slovene, German, or a mix of languages, which may be a factor in this switch. However, if we consider Slovene philosopher Slavoj Žižek’s words on Laibach, spoken years ago in 1996, we can understand the fact that a turn to English would make the band more accessible as a tool of subversion as well:

“The system itself has as its inherent condition of functioning that its own ideology must not be taken seriously. In other words, cynicism, as today’s prevailing mode of ideology, means that it is the positive condition of the functioning of the system that its own ideology must by its own subject not be taken seriously. […] The only way to be really subversive is not to develop critical potentials and ironic distance but precisely to take the system more seriously than it takes itself. And I think this is maybe one of the keys to Laibach’s strategy. […] [It] brings to the light of day this inherent transgression [of the ideological system] which, precisely in order for the system to reproduce itself, must remain hidden.”

Thus, if the absorbing and totalizing potential of the ever-increasing use of English is so obvious that we rarely criticize it, Laibach’s increasing use of English combined with the confounding nature of the band’s own image and identifications can actually be interpreted as a sort of double subversion: first, the popularization of the subversive band itself, and second, the introduction of subversion into the fabric of English.

It is in this light that we must see Laibach’s concerts in North Korea. Seen from the outside, the performance of Sound of Music songs by a, let’s be honest, relatively obscure Slovenian band (or perhaps they are Slovakian after all, Daily Mail?) is a bizarre way to celebrate Korea’s liberation from Japan 70 years ago. However, if we attempt to put ourselves in the shoes of the North Korean leadership, it is not all that strange. If the vast majority of those that encounter Laibach anywhere in the world believe them to support totalitarianism, it is not surprising that the North Korean leadership does not fear that Laibach’s deeper subversion will reveal itself to a severely indoctrinated domestic audience. Moreover, rumour has it that The Sound of Music is highly popular in North Korea, so combining Edelweiss with Korean folk songs is bound to be a winning ticket.

Finally, it should not surprise us that Laibach is not interested in criticizing only overt and extreme forms of totalitarianism, such as the North Korean brand. Their performance in Pyongyang is also honest in an important manner: they really do support the basic meaning of North Korean Liberation Day, which is the denouncement of great power imperialism. That goes both for World War II Japanese imperialism and 1950s American and Chinese imperialism, which caused the partition of the Korean peninsula. Since especially Chinese and American – but let us not forget about Russia or the EU – imperialism happily persist in our times, Laibach’s concerts in Pyongyang should, then, also be seen as a not-so surreptitious middle finger to powers with imperial ambitions today. 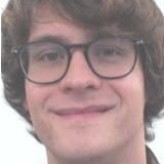 Joris Zantvoort is Features Editor at Balkanist. He did his MA in History of Central and Eastern Europe at SSEES, University College London. He was Managing Editor of SSEES’ postgraduate journal. He is interested in the production and manifestations of cultural, social, and political entities and identifications.