Discrimination against the Roma in the Czech Republic is well documented. In this article, Arber Selmani takes us on a tour of Krupka, a Roma settlement just one hour from Prague.

Marek is just another guy in the settlement. He is 19, and speaks Czech, Slovakian, Russian, and English to a degree. Sometimes you can hear Albanian emerging from his mouth. He says “Ckemi” – Albanian slang for “what’s up” – and “Si je” – “how are you” – naïvely. He doesn’t know that here in this ghetto, people only understand him because they too speak in so many different languages and dialects.

Marek, though his name is common in Slovakia, is Roma.

“I understand Albanian because one of my very best friends here is Albanian, from Fushë Kruja. Currently he is not here, but he has lived here since 2009 and we try to communicate in Albanian. My priority is English, of course”, says Marek. You can see from visiting the settlement that the life of the Roma community here is one of everyday suffocation. Yet Marek lives just just one hour away from Prague.

This is Krupka, in the Usti Nad Labem region of the Czech Republic. It is a quiet place where almost nothing moves. The streets are lined with socialist-era architecture, and residents stare suspiciously at visitors. There are huge areas of waste ground where youngsters sometimes play. A broken transistor radio lies in the middle of an empty football field, and the cries of a baby echo throughout. People have no courage to leave their houses, even to stand on their balconies, so a deadening silence hangs over the settlement.

The Czech republic is a country of 10.5 million people and has been part of the European Union since 2004. Yet here, the Roma population wakes each morning with fear and anger. “We receive 200 Euros monthly pension, we’re often without drinking water, and our children have diseases that we have no idea how to heal. Apartments have good conditions on the inside, but when in the parks near our houses we are forbidden to even sit on the benches. You can sit if you are not a Roma”, states one of the inhabitants of Krupka.

Marek is a young, intelligent, multilingual guy. However, he lacks internet and access to many other sources of outside information. Marek, as well as his friends Dabilor and Vidi, go to a poor school for those with “mild, light mental illness”. The Czech state sends a disproportionately high number of Roma children to such schools. A 2012 study by the Czech Ombudsman’s Office revealed that an estimated 35% of children attending special classes were Romany, a minority which makes up only 1.4% to 2.8% of the population. Many see this as a form of unofficial segregation.

“We are treated differently by our teachers and all other people. It is obvious in our faces that we belong to this community; we cannot hide. There are settlements where there is no school at all”, says Dalibor, Marek’s friend, who is often found playing football or passing through the neighborhood with an old fashioned transistor radio. “They are bullying us, saying that they will kill us. Most of us have left the school, adjusting to doing nothing. After school I come home and I cannot often go in the streets. There are cameras everywhere, in every corner”, says Dalibor’s sister. “My child is not mentally ill. Even if he was, this state should be more humane towards us. Roma people need a shelter and a place to live, not cameras. We are not criminals”, says Marek’s mother.

And yet the discrimination continues, even appearing to be politically sanctioned. Mayor Jiří Čunek (Christian Democrats) recently announced to the Czech News Agency that the town hall in Vsetín is establishing a working group on the issue of “inadaptables” and will “seek measures to make the town calm and safe, and options for stopping these groups of inhabitants or individuals from causing problems and tensions in town”.

In a survey conducted in 2011, 83% of Czech people indicated that they considered the Roma an “asocial people”, while about 45% declared that they wanted the Roma out of their country. These are not new attitudes. At the Ways to Combat the Far Right from the Green Political Perspective conference in Usti Nad Labem in April, held to discuss the rise of far-right parties in Europe, a major theme was the recurring hatred, generation after generation, towards Roma people in the Czech Republic. Even the young are ambivalent – Ladislav, a 21 year-old who lives in Prague, says that he is neutral when it comes to his impressions of the Roma: “From what I know, they have been making some trouble around the country. I am not quite sure, but I think they can also be dangerous. But to say that we are racists, that’s a fact”.

His concerns seem well-founded. In 2013, 47 demonstrations were held in Prague and elsewhere in the Czech Republic against the Roma Community. They have been labeled “inadaptables”. These demonstrations, each more violent than the last, have always been stopped by the local police.

The ritual usually begins at noon on Saturdays. After drinking a lot of beer, a group of people make speeches inciting hatred against the Roma, feeding the violent behavior of protesters. Afterwards, protesters take the microphone and start denouncing the Roma people, “who do not belong to the land”. They then leave, marching slowly towards the Roma settlements. 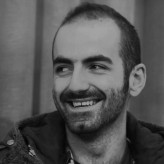