It’s International Anti-Corruption Day on December 9: a good day to raise a glass and remember the most corrupt country in the European Union is taking over the rotating Presidency of the European Council in just over three weeks.

And if you needed a reminder – or if you’re hearing about it for the first time – just take a look at what’s come out of a report that two MEPs published this week on widespread corruption on Bulgaria’s border with Turkey.

Kati Piri and Kathleen van Brempt, MEPs from the Netherlands and Belgium respectively, told EurActiv they’d heard a number of complaints from travellers about corruption on the Bulgaria-Turkey border. They heard that many travellers were being forced to pay bribes to avoid time-consuming car checks, including paying three Euros for an apparently mandatory “disinfection” that solely consisted of driving the car over a mud puddle.

“A dirty splash of water over your car for which you have to pay €3? It’s just legal theft,” one traveler said in the report seen by EurActiv. “Just calculate it when every driver has to pay this.” Other drivers complained of having to pay bribes to get through 10-hour long lines or being asked for cartons of cigarettes when they didn’t have cash on hand to pay.

“This corruption must come to an end,” said Piri. “Bulgaria joined the EU ten years ago and has received millions of grants to put an end to corruption, but far too little progress has been made.”

Tales like this about corruption, sadly, are nothing new in Bulgaria. Ten years after accession Bulgaria is still the most corrupt country in the EU, according to the most recent Corruption Perceptions Index. It’s estimated that, every year, Bulgaria loses anywhere between $7 to $12 billion due to corruption, or almost one-fifth of the country’s GDP. Such widespread corruption has helped Bulgaria’s grey economy grow to the become the largest in the EU, which deprives the country’s treasury of an estimated one billion Euros of revenue each year.

But the government of now three-term Prime Minister Boyko Borisov doesn’t appear too interested in seriously combating the problem; a recent European Commission monitoring report noted that none of the benchmarks for 2017 on anti-corruption reform had been met.

“Bulgaria has a very limited track record of concrete cases leading to final convictions in court regarding high-level corruption,” the report noted, “the clearest way to show that the fight against corruption is a genuine priority.” The report further noted that “the overall institutional set-up to fight corruption in Bulgaria remains fragmented and therefore largely ineffective.”

Figures like Jean-Claude Juncker and European Parliament president Antonio Tajani aren’t about to press Bulgaria too hard on its corruption problem; as the country takes over the European Council presidency in just three weeks, Juncker et al are interested in “stability” above all else. Last month Juncker said that Bulgaria was “not a consumer of stability but a provider of stability,” while Tajani said that Bulgaria under Borisov’s hand was “a pillar of regional stability” and also, ironically, praised Bulgaria’s progress in judicial and anti-corruption reform.

Stability’s long been the name of the game for the EU all across southeastern Europe, from the western Balkans to the coasts of the Black Sea. As Tom Junes recently observed, Borisov has sold himself in Brussels as a man who can ensure his southeasterly corner of the EU won’t cause any problems for the EU, unlike countries like Poland or Hungary. Issues like endemic corruption, says Junes, are “acceptable collateral damage” for the EU as it deals with other, more existential issues.

But letting Bulgaria backslide on its fight against corruption could prove a big mistake – and a win for the Kremlin. Corruption is, in the words of Bulgarian political scientist Dimitar Bechev, the “lubricant” on which the Kremlin’s machine of influence operates in the Balkans and beyond. As Bechev described in his recent book Rival Power: Russia’s Influence in South East Europe, the prevalence of corruption and the resulting “deficit of good governance” creates an “enabling environment” where Russia can use its considerable economic levers to get what it wants.

Of course, this doesn’t just apply to Bulgaria. Longtime Russia scholar Mark Galeotti has stressed that corruption and the way the Kremlin seeks to exploit it is “the greatest security threat” the west faces. Corruption, Galeotti argues, is a “force multiplier” that allows the Kremlin to do everything from funding large-scale disinformation and media operations (the effectiveness of which is another question) and soft power efforts to influencing key business and political leaders. Letting corruption flourish in places like Bulgaria, where Russia already has considerable political, economic and cultural influence, certainly won’t help the EU push back against Kremlin influence.

Sure, stability’s important in what often seem like the most unstable times many of us have ever lived through. But saying nothing while the next European Council president backslides on corruption – ironically, while (rightly) saying a lot about Ukrainian government attempts to undermine its own fight against corruption – will make some people wonder what exactly the EU stands for. 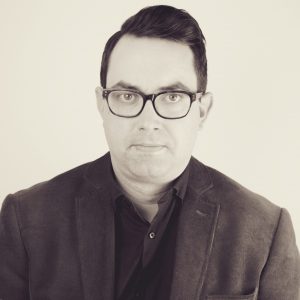 Michael Colborne is a Canadian journalist based in Prague who covers all things central and eastern Europe. He tweets at @ColborneMichael.