The Serbian Government’s website provides the biography of Prime Minister Aleksandar Vucic, revealing that “[he] sees Serbia as an organized, modern European country, regional leader in economy, politics, infrastructure, energy, overall stability, affirmation of human rights and freedoms…” Understandably, there is nothing wrong with such an ambitious perception per se; however, it does become problematic when these same words are deployed with the aim of persuading the electorate and masking the government’s incompetence and inability to pursue any necessary reforms. Still, Vucic’s approach confirms what numerous social scientists have already pointed out – that votes should not be based on what candidates say, since their tendency is to say what they think voters want to hear.

The West has welcomed Vucic as someone truly new, leaving an impression that his extremist past and his then responsibilities are no longer relevant. For example, the President of the European Commission, José Manuel Barroso, said: “I am confident that under your determined guidance, Serbia will succeed in addressing the key challenges ahead.” German Chancellor Angela Merkel congratulated Vucic on his election and invited him to visit Berlin, which he eventually did; on this occasion, she praised his recent efforts and assured him that Germany would support Serbia on its road to the European Union, though she also underscored the significance of reforms, the rule of law and further normalization of relations with Kosovo. The West apparently trusts him and expects a lot in return.

At home, whenever possible, Vucic’s public statements have reflected various sections of his ambitious roadmap, trying to convince Serbian society that whatever he or his cabinet does is the right thing. Unfortunately, this approach has hardly been convincing. To begin with, the current government has never come up with a precise program, outlining its priorities and, very importantly, its deadlines, thus making assessments of any performance speculative or even impossible. In addition, it is at times difficult to imagine how a recent graduate came to be entrusted with the Serbian financial sector, how a famed sportsman came to be appointed as a minister (albeit for youth and sports), how a certain politician who headed one sector before the elections came to head a completely different sector after the elections, or why there is not one single concern about the fact that the minister for foreign affairs speaks no English.

Since its formation, the government has been facing an increasing number of failures and scandals. The largely ignored weather warnings and the subsequent floods that devastated Serbia in May exposed the government’s incapacity to react efficiently; as witnessed, the spread of confusion and panic (prompted by the Prime Minister himself), rather than constructive advice and action, dominated the state of emergency. Needless to say, any attempt to criticize the government’s behavior was heavily suppressed by censorship or willfully misrepresented as a lack of empathy for the victims. One of the latest developments has been the plagiarism case, revealing that Minister of Internal Affairs Nebojsa Stefanovic and Belgrade Mayor Sinisa Mali had both plagiarized their doctoral theses. Despite having previously expressed his concerns about the poor state of the education sector in Serbia (including the procurement of dubious academic degrees), Vucic decided not to castigate the two plagiarists, both members of his party. More precisely, while in the case of Stefanovic, Vucic said that the accusation represented “the stupidest explanation he ever heard,” in the case of Mali, he refrained from providing his own expert evaluation or encouraging independent verification. His decision to ignore the petition – signed by numerous university professors, lecturers, assistants, researchers, doctors and doctoral students, calling the institutions concerned to address the undeniable problems in higher education – has undermined his original rhetoric about his government’s readiness to fight corruption.

Furthermore, the government has continuously sought to bolster its credibility through talks, projects and foreign investments. Notwithstanding the somewhat bombastic tone (see the Belgrade Waterfront project or the Etihad-Air Serbia strategic partnership), the citizens of Serbia have been left relatively uninformed about the advantages and disadvantages of the new agreements (for more details, see here and here). What they are well aware of, on the other hand, is that the unemployment rate is over 20 percent and that a good proportion of graduates are looking to leave the country. Many have interpreted the recent resignation of the Serbian Finance Minister as a sign that the country is in serious economic trouble and likely to face bankruptcy if tough – but necessary – measures are not implemented soon. Finally, the way in which the new Labor Law has been adopted as well as its controversial content have been heavily criticized and discredited.

Analyzing the first 100 days, it is highly questionable whether the Vucic government is genuine when expressing its determination to curtail protection of unfavorable policies and place more emphasis on reforms (for a thorough examination of the present circumstances, see Vesna Pesic’s “Reforme u staljinističkom maniru”). Sensationalist statements, dismissals or arrests of some important figures do not necessarily imply a change for the better. Also, there are no indications that the government understands that expertise and critical thinking might be more useful than belonging to the Serbian Progressive Party. More precisely, on those rare occasions when criticism is heard, it is then presented as an attack against the Prime Minister and his government, and thus rejected. In such a climate, corruption is likely to remain a widespread phenomenon. It is worth recalling that before the elections, Vucic tried to convince the public that he was doing much to fight corruption and many people were naïve enough to believe his promises. Now, it is difficult to imagine that any substantial progress will be made in this field at any point soon, especially given the background of the majority of Vucic’s closest associates. Various members of his cabinet have opted to remain well-nigh mute, even though they are responsible for some of the most struggling sectors. Therefore, by opting for silence and, even more worryingly, auto-censorship, media representatives and members of the political elite have decided to indirectly facilitate the continuation of well-embedded practices, which could lead Serbia back to dictatorship. It would be interesting to hear what Barroso and Merkel think about this trend.

When problems are eventually acknowledged, they are often linked to the wrongdoings of the previous, Democratic Party-led, government. While the past cannot (and should not) be ignored for multiple reasons (including the infamous notion of “lessons learnt”), there is not much to assure us that the Progressivists in charge will not decide to go back to their pre-2008, far-right, rhethoric, thereby confirming the old Serbian proverb about the wolf who changes his coat but never his disposition. In many respects, the entire Vucic government could be interpreted as just one extensive plagiarism project. Parallels have been drawn between the present government of Serbia and that of Vladimir Putin who, incidentally, also plagiarized his doctoral thesis, and has recently passed a law increasing the government’s power “to control public discourse and the free exchange of information.” But will plagiarizing other governments go unsanctioned in the same way as the academic plagiarism appears to have been swept under the political carpet? 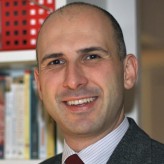 Branislav Radeljic teaches International Politics at the School of Social Sciences, University of East London. He is the author of Europe and the Collapse of Yugoslavia: The Role of Non-State Actors and European Diplomacy (London and New York: I. B. Tauris, 2012), and editor of Europe and the Post-Yugoslav Space (Farnham: Ashgate, 2013) and Debating European Identity: Bright Ideas, Dim Prospects (Oxford: Peter Lang, 2014).