British TV host Ross Kemp goes to Bulgaria to ratchet up the racist anti-immigration rhetoric in advance of the British general election.

It’s spring in the Balkans, and the residents of Bulgaria are exchanging their heavy winter jackets for martenitsa and cafe terraces. Far away from the streets of Sofia, the battle for Britain is in full swing, with candidates from every political party jostling to be snapped eating baked goods, kissing babies, and assembling hoovers, preferably not all at the same time. On the surface, these seem fairly unrelated; apart from the estimated 18,000 British citizens living in Bulgaria, people there are probably not following every banal Twitter-scandal on the UK general election campaign trail. But immigration, particularly from the EU, is high on the electoral agenda, with most parties trying to give the impression of firmly putting their foot down on new arrivals, but without appearing, well, frankly racist. It’s a tricky balancing act for some of the right-wing parties, like getting the correct milk to tea ratio for someone else on the first go.

One man who has previously given this a try (no, not the tea thing, the EU immigration thing), is former EastEnder Ross Kemp. Much like fellow actor Vinnie Jones, Kemp has found a new calling as a no-nonsense, plain-speaking Brit documentary-presenter who goes to unsavoury locations around the world and tells everyone back home how rough those places are. In a life-imitating-art, BAFTA-winning formula, the actors’ histories of playing hardened gangsters in London has been extended to the subject matter of their respective series; for Jones, the ‘World’s Toughest Cops’, whilst ‘Ross Kemp on Gangs’ does exactly what it says on the tin. Following Bulgaria’s accession to the EU in 2007, Kemp graced the country with his presence, on a mission to ‘investigate the secretive world of gypsy gangs.’ With the episode beginning on the London underground, this visit is unlikely due to domestic demand from concerned Bulgarian citizens, and rather to soothe the fears of Daily Mail readers conditioned to expect an influx of Eastern Europeans: all criminal, and probably “gypsy”.

This episode fulfills many of the tried and tested cliches of reporting about the Balkans, from the tinny cimbalom music, to an overdose of shots depicting haggard old women smoking on brutalist balconies, and horses running in the street. Bulgaria’s location in the post-communist space means that the unwillingness of people to talk on camera about organized crime can easily be attributed to an ingrained fear of secret police, and obviously has nothing to do with Kemp running around accusing everyone who looks suspicious of being a “gypsy pickpocket”. A healthy dose of antiziganism is the running theme of this “investigation”; Kemp talks ominously about the threat of mobilized Roma voting for minority parties across Europe, before finally finding his milk-tea balance by identifying the bad apples of the bunch (the Kalderash) at a surprisingly “eloquent”, finely-hosted lunch with the Euroroma party. The crowning jewel comes when he declares that “in a country of 7 million, where 1 in 6 is a gypsy, there are an increasing number of people who believe that Bulgarians are being run out of their own country,” as a prefix to meeting members of the neo-Nazi group Blood and Honor.

Designed to strike a chord with its UK audience, Ross Kemp on Gangs is an exercise in branding Bulgaria as the source of Britain’s woes; backward, corrupt, and a clear example of the threats posed by EU immigration. Mirroring other media sham-investigations, like the time Channel 4 took Nigel Farage to Sofia, Kemp claims to seek the truth behind the statistics, whilst doing everything possible to consolidate existing stereotypes of Bulgaria’s inhabitants, and paving over any nuances which may arise during the making of such a program. After building up to an interview with members of the accused Kalderash, disappointingly they talk of historical marginalization, discrimination, and economic deprivation, rather than bragging about targeting vulnerable commuters for a champagne lifestyle. Never mind; Kemp can easily explain this away later by suggesting that he could have been duped, with the posh cars stashed in a stable, and admitting something that I had been wondering from the start of the program – what does he know anyway? This brief lapse in authority is soon glossed over, the program concludes by reaffirming that poverty is a choice, and back in Britain viewers can rest comfy in their armchairs, reassured that this ‘factual’ program corresponds with the fear-mongering bursting from the election leaflet perched on the coffee table.

This article was originally published on Remotely Balkan. Laura Autton-Wise has generously given us permission to republish it here.
Liked it? Take a second to support Balkanist on Patreon! 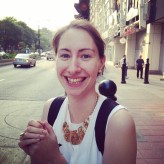 Laura Wise is a Master's candidate at the Centre for Southeastern European Studies at the University of Graz, and recently moved to Belgrade for a mobility semester. She writes about area studies and hip-hop for Remotely Balkan.