If you use social media, you may well have come across the ‘dorm from hell’ – a set of shocking photos of Goce Delčev student dorm in the Macedonian capital of Skopje, compared unfavorably with images of a jail in Norway. This viral campaign, successfully conducted by students who live there, will be one of the few things many Westerners have heard about this small, Godforsaken country in the heart of the Balkan peninsula.

They may be puzzled, however, if they recalled reading a couple of years ago about a project called ‘Skopje 2014’. The concept was to turn Skopje into what Der Spiegel called a “capital of kitsch”; an aesthetically ridiculous historical Disneyland, stuffed with dozens of buildings and monuments. The government claims that the project cost €207 million, whereas the opposition believes it swallowed over €500 million.

These two parallel realities really do co-exist within Macedonia. Until recently, the country was best known for tensions between ethnic Macedonians and Albanians, as well as a 20-year dispute with Greece over the legacy of ancient Macedonia. The conflicts are the reason why the country’s EU and NATO accession processes are at a standstill, and forthcoming elections appear unlikely to change much in that regard.

The first round of presidential elections is on April 13, and the second round will coincide with parliamentary elections on April 27. These are the third early elections in a row – but the right-wing populist party VMRO-DPMNE which has led the last two administrations has come back stronger every time, and looks set to do so again.

In 2008 the government fell after failing to start the NATO integration process. In 2011 it was interrupted by a political crisis and riots outside the parliament building, after the government shut down the biggest opposition TV station, A1, and arrested its owner. This time, early parliamentary elections have been called as VMRO-DPMNE have failed to agree on a presidential candidate with their coalition partner DUI, the most popular party among Albanians.

VMRO-DPMNE is led by current prime minister Nikola Gruevski, whose autocratic leadership has been compared to his peers in Hungary (Orban) and Serbia (Vučić). The secret of its success lies in using public resources to secure votes, media pressure (the government is among the top advertisers in the country, and the press daring to oppose have been pushed out), combined with populist governing and suspicious economic affairs.

The most illustrative example is the government’s engagement with Subrata Roy,  an Indian tycoon, who promised to invest $2.7 billion the country. The government promoted him as a saviour of local economy, his largesse a ‘return gift’ for  Mother Theresa, a native of Skopje. Roy himself revelled in the image, setting up a Bollywood-style ‘Festival of peace’ in Skopje (featuring Tony Blair as special guest) as well as announcing dubious investments such as a luxury tourist complex on Lake Ohrid. However, he was recently arrested in his home country for fraud allegations, and the government, aware that he had been under investigation for months, refrained from commenting.

The opposition’s failure to capitalise on a scandal like that is indicative of its weakness and internal divisions. The biggest opposition party, the social-democratic SDSM, elected a new president (Zoran Zaev) after 20 years with three-time prime minister and twice president Branko Crvenkovski at the helm. Zaev nominated Crvenkovski’s long-time associate, professor and political analyst Stevo Pendarovski as presidential candidate. SDSM hopes Pendarovski can project the image of an autonomous and competent leader, virtues visibly lacking in the VMRO-DPMNE candidate, current president Gjorge Ivanov. The other two candidates – Zoran Popovski from the newly-found party GROM and Halimi Iljaz from minor Albanian party DPA stand little chance of reaching the second round, if one is needed.

Although the campaign is only beginning, it is obvious that political parties or candidates are not ready to offer real solutions either for the delay in European integration process, or disturbing social and human rights issues. For a start, the institutions cannot set the record straight with the number of voters – the population census in 2011 failed, and registered electorate totals 1.8 million voters, or 90 percent of the country’s population. The opposition and NGOs have warned that this includes dead people, making the election results easy to manipulate.

In a country that disorganized on a basic level, statistics such as 28 percent unemployment, or an average monthly salary of €348 (the lowest in the Balkans), are not surprising. And when people can’t make ends meet, they vote for those who promise the most. Add the media pressure, and the traditional discipline of right-wing voters in the region, and it is easy to forecast another victory for VMRO-DPMNE. Perhaps this is why the completion of ‘Skopje 2014’ is not mentioned in a 260-page document listing the government’s achievements. This time it’s not just the monuments, or the dorms, but the whole country that needs to be rebuilt. Or – at least – promised to be rebuilt.

This article was originally published on the website Keleti Station. Check them out for coverage “from the Balkans to the Baltic; from Berlin to the Black Sea”. 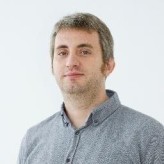 Bojan Stilin is a writer, editor and creative producer with www.tportal.hr, one of the top online media platforms in Croatia. He mostly covers political and social issues in former Yugoslav republics.