Nikolai Holmov on new attempts to clean up Odessa’s fantastically corrupt ports, and interference from certain powerful elements in Kyiv.

The arrival of Mikhail Saakashvili as Odessa Governor meant the inevitable clash between the vested and entrenched interests in Odessa against his political will and reformist pedigree. That in turn was guaranteed to lead the newly invested Governor into battle with the corrupt centers of the economic heart of the Oblast – the ports. Specifically the three major ports of Odessa, Illichovsk and Yushni.

Administrative heads were soon butting up against vested and corrupt interests. The Governor announced a transparent recruitment drive for a new Customs Chief for the ports, only to see those in Kyiv appoint a Customs Chief regardless of the Governor’s more transparent initiative, an act that caused significant and public ire from Governor Saakashvili with claims of vested interests in Kyiv undermining the reformation of Odessa.

A minor setback perhaps in what will be a long and difficult struggle to reform the ports and provide the vested interests there a more transparent and legal income somewhat commensurate to current illicit earnings.

Corruption at the ports is multifaceted and many layered. Opportunities for corruption there are aplenty.

It is not hard for a customs official to turn a blind eye to the fact that a manifest does not cover all the imported/exported goods in the cargo. It is not difficult to ignore transit goods making their way into domestic supply chains. To reclassify/wrongly classify goods is not more than a slip of the pen.  Naturally speeding up clearance can be achieved given the right incentives.

Manipulating the country of origin and any special arrangements with those nations is not difficult. A cargo missing inspection or having a “relaxed inspection”, the under-invoicing of cargo, release bonds with insufficient (or non-existent) supporting documentation, influencing audit outcomes,  and perhaps the most prevalent of “rent-seeking” options – pre-declaration and the use of “fashionable brokers”.

“Fashionable brokers” are the agents that insure no delays, inspections etc., for a fee and can be found in Odessa.

There is then the issue of the private companies that control the loading and unloading equipment, weigh bridges, container ports, and transport infrastructure in and out of the port sides.

Whilst the corruption issues are not all related to the State Customs and Borders, State Fiscal Service, Prosecutors Office, Administration of Seaports of Ukraine, or Ministry of Infrastructure, it is these State agencies that have the well thought out schemes responsible for stealing tens of millions of US$, perhaps hundreds of millions of US$ per annum from the State budget.

As a result, Governor Saakashvili is intent upon removing the State Fiscal Service, the Prosecutors Office and Ministry of Infrastructure from the port-side, as well as replacing all existing customs officers serving at the ports with newly trained and better paid people.

The current Prime Minister, Arseniy Yatseniuk, has floated the idea of outsourcing customs to a UK company experienced in such work in certain regions as a pilot project. Whether Odessa will be part of any such pilot remains to be seen.

The nub of Governor Saakashvili idea is to introduce e-clearance, reduce to an absolute minimum face to face interaction between State employees and importer, and thus reduce corruption (and the opportunity for it). If he is successful in his rumoured bid to make Odessa, or at the very least the major ports of Odessa porto franco/free ports, introducing a “special economic zone”, then a combination of reduced customs duties and swift e-clearance is designed to make import/export far cheaper and quicker to achieve legally, than it would be by paying backhanders.

The outcome for vested interests would be increased port traffic and legitimate turnover to replace illicit and solicited/imposed fees – at least to the point where the illicit losses are negligible compared to the risks of getting caught.

All very sensible and certainly it has the potential to dramatically reduce corruption associated with otherwise legitimate goods entering and exiting Odessa. Indeed, with e-clearance and the man-hours saved, perhaps the Customs Officers will be able to tackle illicit goods entering Odessa via targeted and intelligence led checks. The Iran-Turkey-Odessa-Poland heroin route for example. With Odessa sitting within three international transit routes, Pan-European Route No9, Gdansk-Odessa and TRACECA (perhaps Illichovsk will also become part of the Chinese New Silk Road/Belt if Governor Saakashvili is successful in his lobbying of China), targeted, intelligence led customs checks would seem prudent.

Yet matters are not that simple. When mentioning several State institutions actively involved in multi-million US$ corruption at the Odessa ports, the vested interests in corrupt activities naturally stretch all the way to Kyiv – and to those within government.

In 2011, former President of Ukraine, Viktor Yanukovych officially opened “Euroterminal LLC”, also known as “EUREKA” – a privately owned Ukraine registered enterprise, the true ownership of which is naturally opaque – although persistent rumours abound regarding the end beneficiaries within the Ukrainian political class and organized crime. Amongst others in attendance at the opening with Mr Yanukovych was Yuri Vaskov, previously head of the Ukrainian Seaports Authority under former President Yanukovych, now Deputy Minister of the Ministry of Infrastructure .

Ukrainian politics is by and large devoid of ideology. Thus politicians are survivalists/drawn to whomever seems likely to be in power on any given day.  Therefore the majority are “for hire” rather than ideologically driven – A trait necessary when a change of power equals a change of cash destination via inherited corrupt schemes. Somebody who completely understands any corrupt scheme is required for continuity of the said scheme and the cash it generates. Seamless continuity matters.

From the first day Euroterminal opened, complaints arose regarding the customs officers apparently sending traffic through Euroterminal rather than pre-existing avenues. Clearly, despite Euroterminal having higher fees, this would appear to be a deliberate and corrupt scheme, if not exactly creating a monopoly, certainly encouraging the use of Euroterminal above others.

Exorbitant fees for TIR parking, exclusive to contractually tied shipping agents to Euroterminal quickly followed, together with high fees for the use of other facilities within the multipurpose logistics complex. Very lucrative when customs officials are “directing” thousands of freight forwarding companies to Euroterminal. Later an unannounced and undeclared $55 fee was added for crossing the Euroterminal territorial gates.

This fee paid every time when passing through the Euroteminal gates, despite there being free passage to portside elsewhere, unknown to many freight forwarders if only Customs and the Administration of Seaports of Ukraine would inform them – though naturally they will not, for there is money to be made by “encouraging” all to pass through Euroterminal, with a “roof” (protection) sat in the highest echelons of government should problems arise.

This all occurs under the patronage of the Customs, the Administration of Seaports of Ukraine, and ultimately the Ministry of Infrastructure – ultimately for the benefit of a select few in Kyiv. The corruption scheme and functionaries remain constant; a few beneficiaries have changed with the political winds in Kyiv.

This is but one example of but one terminal of but one port in Odessa.

There is only one question to ask – can he place significant and effective constraints upon the portside corruption? 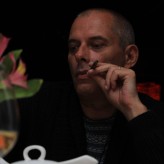