At a Bucharest hotel known as a “den of spies” during the Cold War, the former Romanian dictator’s car was sold to Iranians nostalgic for the days of the Shah.

The couple who have travelled from Dusseldorf to buy the former dictator of Romania’s car aren’t buying it for its Cold War connection – but for its connection to Shah Reza Pavlavi and because, they say, it reminds them of their childhood.

“For us the meaning of this car is not related to Ceaușescu, it’s the relation to the Shah,” says Behrus Akbari, speaking to press after the auction, shortly after she and her husband had beat an unknown telephone bidder to buy the car for €37,000.

The couple, dressed opulently and speaking German and English fluently, see it as an important addition to their collection of classic Iranian Paykan cars at their home in Germany. Ms. Akbari admits that they own over 40 such vehicles but refuse to name the priciest.

It’s almost 25 years to the day since Eastern Europe’s most eccentric leader Nicolae Ceaușescu, the self-styled “genius of the Carpathians” was overthrown in a bloody revolution.

Romania under the Ceaușescus was notorious for its cruelty and eccentricity: thousands are believed to have been executed by his secret police, the Securitate, and the bizarre, North Korea-inspired cult of personality and fervent nationalism around him and his wife led the regime to be dubbed “socialism in one family” by its people.

In the only violent revolution amid overwhelmingly peaceful ones across Europe, Ceaușescu ordered state security to fire on protestors and crush the “counter-revolutionary” revolt, until the army switched sides and the regime fell. Nicolae and his wife were arrested attempting to flee the country, and after a show trial by the country’s new leadership they were sentenced to death. The images of their bullet-ridden bodies taken just moments after their sentencing were plastered on Romania’s TV sets for days after, in a fittingly gruesome end to a gruesome regime.

Now, in the heart of the city whose skyline is dominated by the Communist leader’s grand project, the Presidential Palace, an absurd vanity project built as Romanians starved from the government’s austerity measures, his limousine was up for sale. Amid the jewels of a former Greek first lady and neo-classical paintings from the 19th century, the auction took place on a cold Tuesday evening at the Athénée Palace Hotel, Hilton. While it now mainly hosts embassy dos and art events, the Athénée was once a notorious den of spies, bugged by the securitate and filled with government informers.

Artmark, the company who organised the auction, insist that the timing of the auction isn’t intentional, with the company’s head of marketing, PR & communications Theodora Moldovan saying in an email sent after the auction that it was a pure coincidence.

“We didn’t see this as an opportunity and we didn’t think of giving a special connotation to the public selling of Ceaușescu’s car,” she says.

The Paykan Hillman-Hunter (Chrysler) limousine is a real classic, with a 1,496 cc motor generating 54 horse power and a maximum speed of 145 km an hour, and Artmark argue that it can still be driven on the streets – although it is doubtful the Akbaris will be driving it. It was produced by Iran’s national auto company in 1974, and was gifted to Ceaușescu that same year, to congratulate him on his “election” as President of Romania.

“The car was very popular in Iran from the late 1960s to the late ’90s,” adds Moldovan. “It is often referred as the Iranian ‘chariot’.”

“The Paykan design was based on the 1967 Hillman Hunter, also known as “rootes arrow”, which was originally designed and manufactured by the British Rootes Group.”

It’s also not the first time the company has sold the former’s dictator’s effects. Earlier this year they sold his office furniture, received on the occasion of his 72nd birthday, for €55,000, Moldovan says, and have auctioned over 40 other items belonging to Nicolae and his wife Elena.

Romania’s government has a department devoted to these products: the RAPSS, which took charge of the Ceausescu family’s vast collection of luxury items after the 1989 revolution. It began selling these goods off in the 1990s, which was how the Paykan Hillman-Hunter came into private hands. The car’s owner approached Artmark many years later.

“We don’t have a peculiar story,” says Moldovan. “The former owner came to us and asked if we were interested in selling the limousine and we said yes.”

“Considering Artmark’s long experience and expertise, usually the depositor takes our advice of how to adjust the price to get the best final result – that was the case for the Paykan Hillman-Hunter limousine.”

If the starting price of the car is a judge of its market value, Artmark made up to €30,000 on the sale of the car to the Akbari’s.

“Its sale isn’t something out of the ordinary because we frequently have objects that belonged to the communist leader and that reach great hammer prices in our sales,” Moldovan says. “This type of collectible is very sought after by collectors from all over the world, not only Romanian ones.”

She’s right – and the Akbaris seem somewhat bemused by the press scrum which follows them out of the auction room and the questions from Romanian television stations. At the end of the day, despite its history, for them the limousine is something else, a piece of home which, for a myriad of reasons, they feel a connection to. After the revolution in Iran in 1979, much of the glamour of the ancien regime was extinguished, and it could be the Akbaris are trying to reclaim a little of it for themselves.

“We know that Ceaușescu was a dictator,” Ms. Akbar says, “that’s what we know about him.”

“It’s not important who was the owner,” her husband insists gruffly but proudly. “It’s about culture.”

All photos (save the image of the limousine) by Ruth Ingamells 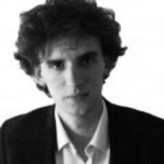 Oliver Hotham is a freelance journalist and features writer. His work has been published on NK News, the Daily Telegraph and the Guardian. He lives in London.