Once, the UK was supposed to be a model of “mature democracy” for emergent democracies to follow. Probably not anymore.

Last Wednesday during Prime Minister’s Questions, Harriet Harman, the deputy leader of the opposition, took her conspicuous seat in the House of Commons wearing a popular t-shirt emblazoned with the message, “This is what a feminist looks like.”  The t-shirt, presumably not the exact same one, was subsequently worn by Ed Miliband, the leader of the Labour Party, and Nick Clegg, the leader of the Liberal Democrats.  Proceeds from the staggeringly expensive £45 item go to a charity known as the Fawcett Society.  At the weekend the Mail on Sunday, normally untroubled by the excesses of global capitalism, revealed that the clever idea seized upon by this feckless trio is produced in a sweatshop in Mauritius in which women are paid 62p per hour, or about the equivalent of $1.  When checking the label of the shirt for the correct size we can only presume that Oxford-educated Miliband, Cambridge-educated Clegg, and Harman, the niece of a countess, failed to consider the possible implications of “Made in Mauritius.”

At present the leaders of the three largest political parties face serious questions of their stewardship.  Clegg’s crucial error was to renege on a promise made during the 2010 election not to increase the government cap on university tuition fees, precipitating a collapse in his support among young liberals.  Though this was a compromise ceded to the Conservatives in the formation of their coalition government, his reputation has never recovered.  Revelations of a long-term pattern of burying charges of sexual harassment within the Liberal Democrat Party, and the sentencing of one of his key allies to a jail term for “perverting the course of justice” have not helped.

Miliband has failed to gain traction against an unpopular Tory government and now faces the prospect of a wipeout north of the border at the hands of the Scottish National Party in the wake of his support for the Union during the recent referendum on Scottish independence.  Labour’s leadership of the “No” campaign was weak and being a pro-United Kingdom party necessitated that they stand shoulder-to-shoulder with the government.  As leading members of Labour jockey for position to lead the party in Scotland, Miliband’s ties with the trade union movement are at a low ebb.  The union question goes to the heart of Labour’s problems.  For two decades the party has been an uneasy alliance between wealthy middle-class liberals from the South and working-class communities in the North of England, Scotland, and Wales.  The former category secured its triumph in 1994 with the election of Tony Blair, and Labour support of industrial action has been lukewarm at best ever since.  Recent union attempts to insert more left-wing candidates into safe Labour seats before the next election in order to break the stranglehold of the private school and Oxbridge–educated political class have led to collisions with the party’s central apparatus.  Consequently, Miliband has taken steps to sever the historical financial ties between the Labour Party and the trade unions.

Labour finds itself unable to turn the page on the Blair-Brown years.  Miliband was a close ally of Brown, and he remains surrounded by failed former cabinet ministers from the previous government.  The party isn’t helped by the political aspirations of the descendants of numerous formerly prominent national politicians in the coming two election cycles.  While the party’s leaders in London seem unaware of the unpopularity with which this impending wave of mass nepotism promises to be greeted, they are too close to disentangle themselves.  Among the aspiring “red princes” are the sons of former party leaders Neil Kinnock and Tony Blair, past and present deputy leaders John Prescott and Harriet Harman, and former Foreign Secretary Jack Straw.

Fatigue with the professional political class affects the Prime Minister, too.  All of the parties understand that cross-class appeal is essential.  The Conservatives realize that their present elites are less representative of an aspirational ideal than former party leaders Margaret Thatcher and John Major, the daughter of a grocer and the son of a music hall performer, respectively.  David William Donald Cameron, by contrast, is the son of a baronet and a lineal descendant of King William IV.  Recently the Tory party sent out an internal memo to its MPs attempting to ascertain if any were possessing of working class credentials that the party might be able to advertise.  “My grandfather was a chef who once made a cake for Nikita Khrushchev,” responded one.  Another MP replied that “seeing people I went to school with who never bothered doing homework or paying attention fail their exams and spend years living off the State helped shape me.”  The party requires more than a makeover from the nouveau riche.

Two Conservative members of parliament recently defected to the United Kingdom Independence Party (UKIP), which at present has high enough polling numbers to threaten the prospects of both Labour and the Tories in next year’s election.  UKIP’s stated objective is for the UK to withdraw its membership of the European Union.  The consistent refrain from the Conservatives is that “a vote for UKIP is a vote for the Labour Party.”  Labour will warn its own core voters that defecting to UKIP only increases the prospects of another Conservative government.  Both warnings are designed to frighten voters into returning to the traditional two-party dichotomy, a choice between Category A and Category B.  Yet UKIP’s recent resurgence has been less about a swing to the right and more about a wholesale rejection of the political class.  The gift of political science departments to the English electoral system has been three parties who see electoral success running through the same small selected demographic groups in swing constituencies.  Given that the difference between success and failure is a matter of appealing to the same group of people, all three parties emerge with strategies—and indeed policies—that are remarkably similar.  The hiring of outside “experts” like David Axelrod by the Labour Party is only likely to heighten the fondness for drawing unconvincing distinctions that are insulting to most people’s intelligence.  Nigel Farage, the head of UKIP, is frequently photographed standing outside of a pub with a pint of beer in one hand and a cigarette in the other, leading some to the conclusion that he is more of a “real person.”

All of this makes the future very unpredictable.  The BBC is heavily invested in the maintenance of the existing political order.  Its staff and journalists are educated at the same schools and universities as the political class, and its continued existence is dependent upon the government periodically renewing its charter.  The decades-long protection of a highly popular television presenter who was widely known to be a pedophile scarred the Corporation’s reputation when the story came to light two years ago.  Uncertain of its future the BBC has averred from critical journalism that questions the roots of the present malaise.

This was apparent in the Corporation’s latest attempts to bring down East London comic Russell Brand as he promotes his latest book, which is entitled Revolution.  Brand advocates a left-wing revolution but is uncertain as to what it would entail, a point he readily concedes.  Most startling to the political class is his recommendation that Britons should not vote and instead pursue other forms of political activity.  This is indeed a dangerous idea.  “Why don’t you stand for election?” they ask.  But Brand is no fool.  He realizes that this is a trap, and when they invite him to come and discuss his new book it is with the intention of humiliating him and revalidating the smart and sensible political class.  It doesn’t work, though.  Time and again the BBC tries to trip up members of UKIP with leading questions, as if they will somehow reveal them to be something wholly unpalatable.  Yet the politically unaffiliated viewer is rarely as moronic as he appears to be in the mind of the BBC interviewer.  The more they attack them, the more they mark UKIP as something “not of the establishment.”  They wear this badge with pride and grow stronger whilst the system destabilizes further.

Where does all of this leave us?  Next year’s general election promises to be highly unpredictable if recent by-election successes on the part of UKIP are any evidence.  The government may survive on the basis of a slight uptick in employment and a gradually rising GDP.  Yet Britain’s wealth and international significance is disproportionately based upon the country’s financial services sector.  This is ultimately a house built upon sand.  The maritime economy once provided by the country’s strategically significant position in the Atlantic no longer exists in the same state.  Shipping is largely automated and the great shipyards of Northern England and Scotland fail to hold a candle to their former glories.  The United Kingdom maintains a highly regarded academic sector, but the costs of keeping pace with wealthy American schools is kicked over to the students in the form of ever-greater debt.

The Labour or Conservative parties may still pull a rabbit from a hat that will rescue their own electoral fortunes, but neither appears to have the capacity or the inclination to address the UK’s widening chasm of inequality.  The tricks of the past quarter century won’t work any more.  Producing a brand new, clean cut public school boy to lead the country (à la Blair, Cameron, or Clegg) isn’t going to cut it.  Their phony affability has worn thin.  Voters have not forgotten the Parliamentary Expenses Scandal of 2009 in which countless members of all parties were revealed to have been shamelessly gaming the system for their own financial gain.  Beating the drum of nationalism is always tempting and its vibrations can resonate for a while, but there is no appetite for another war with a distant country whenever that call should come.  This might anger the Americans, but that’s a price most Britons are willing to pay.  At the same time, politicians are aware of the presently fragile state of the Union with Scotland and need to be cautious before making commitments that could unsettle the situation further.  None of these circumstances offer any promise for a resurgent Left.  The British Left lies in splinters, obliterated by the Labour Party.  Yet like the ancien régime the insularity and colossal combined wealth of the ruling establishment engenders only greater levels of popular contempt.  Where it all leads is anyone’s guess. 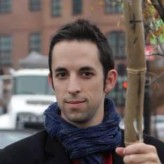 Patrick M. Dixon is an academic historian who lives and works in Washington, DC. He is originally from Dorset in the United Kingdom.