What’s the connection between “manly tears”, football and high politics? Gregor Zupanc looks at Yugoslavia in 1980 and Brazil in 2014.

The Cure’s “Boys Don’t Cry” might be one of the manliest titles for a teenage rock anthem of all time. Of course, the song really means the exact opposite, but at concerts it’s always the chorus the crowd sings the loudest. But given the strong social taboo of the message, why do men still cry about things other than fatal women? I was inspired to answer this question as I thought about two great football matches famous for their mass displays of “manly tears”. The first game was a local retro derby from the 1980s, and the other was the recent Germany vs Brazil 7 – 1 match at the World Cup, certainly one of the most tragic football losses ever.

The memory of the first time I cried has always been strong in my mind. I must have cried countless times before that, but this instance was special because it was also the first moment that I saw myself clearly. It was May of 1980, and I was jumping up and down on my father’s dark red leather armchair in front of the television set, just as the peak news program started – the second television newscast of the day. I was still staring at the magic box because the regular 7:15 pm cartoon had just ended. The Looney Tunes end credits flashed on the screen, and then came the newscast, which slid unnoticed into my consciousness, a child’s consciousness. In the middle of my joyful destruction of the poor piece of furniture, a news anchor in coke-bottle glasses convincingly, deeply and touchingly read the first and only news of that newscast: “Comrade Tito has died”.

I stopped jumping immediately, made a silly face and said to my mother: “Well that is not possible, he is not dead!” Right after that I started crying loudly, boyishly, without reason: for what can a little four-year-old child know about the state, the importance of one man, a newscast, or even death?

Later, much later, I thought that the crying came from an unknown source from which the tears flowed as I was watching the movie Titanic. At that point I was much older, more self-aware and experienced, and someone would always say too much to allow me to cry over a silly American blockbuster. I still cried, even though I knew everything: That Jack and Rose were in reality just Leo and Kate, and that millions of hungry children in Africa could have been fed for a year from the money wasted on the movie, and that it was all just a bunch of well-trained actors and good special effects. So even though I could never interpret my own crying, I will try to understand all the tears shed over football, in accordance with the good old paradoxical rule that we always see others’ emotional problems and reactions more clearly than our own.

Many years ago, when I started watching football and going to games, images from the cult video clip were engraved on my heart: on the first day I cried, the day of Tito’s death, football players for Hajduk Split from Croatia and Red Star Belgrade from Serbia, great rivals on both the field and in the stands, stood lined up in the middle of the field before the beginning of the derby, and each and every one of them cried. At Poljud, Hajduk’s beautiful stadium, the judges sobbed as well, along with the whole crowd, but the football idols lined up with their feelings on display was the only image that made media history. The recording of the tearful football players from the two states that were, at that time, still one, and who would split apart and confront each other in a monstrous war some years later, served as a perfect metaphor for the end of a too-happy state, the SFR Yugoslavia, which started dying when her creator, the charismatic and internationally-respected leader Josip Broz Tito departed this life.

But no matter how much the artists, analysts and amateur philosophers saw a message for the future in those images, I don’t think those football tears were intuitive enough to predict the war. They were merely the tears of groups of talented boys who sensed that the end of their joint game was growing near. They had some kind of presentiment that it would be the last time they were playing ball together, and that in the future, they would only play against themselves (which, by the way, becomes boring very quickly and necessarily results in its own fights). The story is primarily about a friendship abruptly broken.

Hmm, and now that I think about it, maybe it was the word “comrade Tito” in the ingenious first sentence of the TV newscast that “triggered my tears”. This local football melodrama continued ten years later, but was, unfortunately, in the horror genre deprived of all double meaning. In Zagreb, at the match between Dinamo and Belgrade’s Red Star, there was a massive brawl between the fans, the police, and the football players. In the Balkan version of Heysel, everything was as clear as day. Nationalism raged, nobody cried, everybody simply hated and fought each other. On that day, Yugoslavia ceased to exist, and officially this time.

Twenty-five years later, because of the hatred in the stadium stands, it is still not possible to establish a strong regional league in the Balkans, so the football field has unfortunately (or fortunately) stopped serving as a source of inspiration to anyone for much of anything. Therefore, let’s move to the world stage, to the modern gladiator games known as the 2014 World Cup.

On the day of the big game that had the whole Brazil crying, I found myself in a car with a friend with whom I had planned on watching the semi-finals in his apartment. It was supposed to have been a classic male voyeuristic spectacle with a pack of ice cold beer, a comfortable two-seater couch and elite football directed by two great teams who cherish different styles of play and philosophy. But there was an unexpected twist: only ten minutes before the beginning of the game, we found out that a third friend’s first son had just been born, and, according to an old Serbian custom, we had to get off the road and go to a bar to get wasted and rip the new father’s shirt. My friend insisted that we immediately go get gifts as well, and I painstakingly concealed my anger about missing the first half of the match.

In the bar, all of the women were at one table, and in front of the men there was a big television set. The orchestra was playing a little bit, and then watching TV for a little bit. The tables were full of food and drinks, and the game, shown on a huge plasma screen without an announcer’s voice, seemed like part of a surreal movie set. We immediately ran into a waiter who muttered that there was nothing to watch anymore because the Germans had already scored four goals. He said it as if someone had died.

We didn’t even sit down when the fifth goal went in. Immediately, I recalled footage from the 1950 World Cup in Rio de Janeiro, when, after being defeated by Uruguay in the final match, furious Brazilian fans carried coffins inscribed with the names of the opposing team’s players through the city.

Social networks instantaneously lit up with the cruel irony. I remember this Facebook status:

Few have felt the intensity of emotions caused by football as the Brazilians, and watching this shocking scene of mass crying at the end of the game, I thought of the organizational debacle that preceded the game’s defeat. Stadiums were unfinished, corruption scandals surfaced, and citizens demonstrated in the streets, demanding that football finally cease being Brazil’s number one priority. Those clever people asked when the state would confront the enormous class differences that have grown alongside the Brazilian economic miracle. Therefore, even those who don’t like football cried: not out of sadness, but out of rage, and because of the tear gas that special squads of riot police sprayed on them.

Analysts, artists and football poets will again see in Brazil’s crying and national defeat a metaphor, or create some simple but bitter story of football masters who have become too rich too soon, and who have too quickly forgotten the sands of Copacabana, and the ragged balls that they kicked as children in the slums where their peers dealt cocaine. But I think they might be more like the tears that fell for Balkan football teams in the 1980s.

The great, irresponsible boys in yellow lost the opportunity of a lifetime: to play their “game of all games”, a spectacular finale which, in the case of victory, would have made them deities in the country. Half of Brazil felt this way, but this time, the other half of the population was on the streets, representing the part of the world that believes in man rather than God, and who has not turned a blind eye to the fact that football has ceased to be a noble sport, but has become a business teeming with corruption, with criminal activity at every level of its organization.

That’s why I’ll always cheer for the traditional idea of football once cherished in Brazil, no matter how utopian that idea may sound today. My friend’s mother said something brilliant that I can’t get out of my head:

“Son, I’ve read in a beautiful book that in these difficult times those who have kept the child within and who will find a part of a game in every aspect of their life will get through the best. Those who know how to play will survive.”

That’s why the lost match may actually be a big victory: because it will remind the people and their players that no one can ever take away what it is they do best, and that is to dance in various forms and most of all with the ball. That is the dance in which they don’t have to win every time. And it is desirable as well, that in their illustrious career, they become completely broke at least once.

P.S.  And yes, another message to the Brazilians: when the rage attacks, remember that far away, some people in the Balkans cannot even play with each other, let alone win, lose or cry… 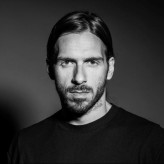