Jakob Finci wrote history: together with the Bosnian Rom Dervo Sejdić, Finci, a Bosnian Jew, sued Bosnia and Herzegovina before the European Court of Human Rights in Strasbourg, claiming that pursuant to the country’s constitution, several ethnic groups are excluded from full political rights in Bosnia. The court ultimately ruled in favor of the plaintiffs, and the country now has to rewrite its constitution as a precondition to join the European Union, for which Bosnia officially submitted its application on February 15.

In the following interview, President of the Jewish Community of Bosnia and Herzegovina and former Bosnian Ambassador to Switzerland Jakob Finci talks about the benefits of a supernational government in Brussels and the necessity of non-democratically legitimized institutions.

Mr. Finci, Bosnia on [February 15] handed in its application to become member of the European Union. How do people in Bosnia and Herzegovina feel about it?
It’s good news for our country, and we don’t have a lot of good news here. The media and also local politicians seem positive about it. Finally we have something in our hands, but it’s just a first important step on a long road. In 18 months, the European Commission will decide whether it is possible for us to become part of the EU. Until now, we don’t fulfill the conditions for a membership.

There are several ones. One is you. The European Court of Human Rights ruled in favor of you and Mr. Sejdić, who proceeded against Bosnia, because you as a Jew and Mr. Sejdić as a Rom cannot be elected into certain positions according to the current constitution. You could be the two people responsible for a delay of the EU membership.
I am not guilty or responsible for Bosnia not being part of the European Union. It is not about me; it is about human rights in general. One third of the people in our country is excluded from political rights. Our history, especially the genocide, must not be an excuse.

But now the European Union doesn’t seem to put the focus on your case. It says, “sequencing in the approach was adjusted to focus on economic and social reforms first”. What do you think about that?
That’s not new. Already last year, the Commission said that we should focus on these areas before my case is solved. It’s not wrong to focus because, since the first agreements with the EU in 2008, not much changed in Bosnia. But Bosnia needs to solve this case anyways – latest until May 2018.

Why this time scope?
We will have elections then. If the EU decides in 18 months that we can possibly enter the Union, it cannot afford to have elections that breach the ruling of the European Court of Human Rights. That would be an unprecedented case.

What are the other tasks to tackle?
There are the trade agreements to be negotiated with Croatia, since they were made when Croatia was still not in the EU but part of the [European Free Trade Association].

What about strengthening democratic institutions? [By] 2017 the EU will have invested over 165 million euros in this field. There is the High Representative in Bosnia, who has no democratic legitimation but a lot of power.
We still need it. He can solve problems inside the country that the different ethnic and political groups are not capable of if they block decisions. Of course it is much better when our parliament decides democratically. But if not, we need someone to solve. An example: now three international judges of the Constitutional Court shall be replaced by people from Bosnia. What if the parties cannot agree on it? If we didn’t have the High Representative, this would be the end of our country.

You are talking about the cleavages between Bosniaks, Croats and Serbs. Can the EU help overcome them?
Yes, because we would have a superpower in Brussels, which stands over those conflicts. Within the EU, Bosnians would accept the European rules of behavior and would become part of the larger European family.

What about the Bosnian entity “Republika Srpska”, which has again and again been threatening to separate from Bosnia?
The fact is one day all former Yugoslav countries will be together again. Not under the umbrella of Belgrade, but the one of Strasbourg and Brussels. Most Croats living in Bosnia have already a EU citizenship. If Serbia becomes part of the EU, the same will happen to [Bosnian Serbs]. Thus, claims of separation are just political talk.

Would […] a constitution like in Switzerland [be] better for Bosnia? Switzerland integrates different minorities into its system. You know it well, for you have been here as the Bosnian Ambassador.
It is hard to compare the countries. Switzerland is rich. That’s why the Italian speaking [Ticino] has no interest to become part of Italy. Bosnia has a lot of economic issues. And when you are poor, everything can become a problem – like ethnic cleavages, for example.

The original version of this interview was first published on Vinzenz Grenier’s website, The Eastern Blog. 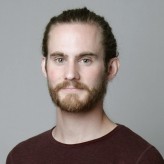 Vinzenz is from Germany. He graduated from the University of Passau with a B.A. in European Studies with a focus on Central Eastern Europe and political science. As a journalist, he has worked in Kazakhstan, Russia, the Czech Republic, Slovakia and Germany. He's worked with the German political monthly Cicero and a Swiss daily newspaper as a business editor.