Bosnia is not particularly well-known for its booming arts scene. But for architectural historian, artist and MIT professor Azra Aksamija, the people and places found in Bosnia, and the stories they tell, are a ripe source of artistic inspiration. Aksamija’s work focuses on the spatial aspect of cultural identity, physically constructed through architecture and symbolically constructed through culture. More simply put, Aksamija’s work looks at how the places we build come to represent how we see ourselves.

The mosques and churches that dot the hills of villages all across Bosnia mark the existence of a long history of religious pluralism in the region. During the war, when a variety of ethnic, territorial and nationalistic ideologies were used to justify the killing and displacement of hundreds of thousands of people, this symbolic visual landscape was drastically altered.

Aksamija describes how “in the case of Bosnia, you have 70 percent of Islamic religious architecture being systematically destroyed [in the war]… buildings were destroyed to such an extent that they were completely bulldozed, foundation stones were partly dug out and carried to unknown locations so that you cannot rebuild from the original.” Destruction of buildings is an often unavoidable consequence of war, but Aksamija delves deeper, exploring how these methodical demolitions were actually a part of a broader campaign of identity erasure. As she puts it, “any type of architectural structure marks a spot where a certain community has been living, it’s a material evidence of that specific groups existence in a certain region. In our war, they were targeted because they marked the history of a certain group to a certain area and their historic claim to a specific land and as such they stood in the way of nationalists and genociders.”

As a way to understand the post-war identities and tensions still existing in Bosnia today, Aksamija gives a closer look at how and why mosques become identity markers for Bosnian Muslims and how they fit into broader questions of history and art. Through clothing, architecture and other cultural-religious symbols, she  uses a “cultural pedagogy” approach to unearth the truths of how art comes to construct who we are. Her “Wearable Mosques” project looks at how architecture tends to transcend simply the buildings we build, but also the way that those places tend to incubate, reinforce and represent our identities.

The project is meant to “deconstruct prejudices but also to be critical in many different directions towards different ways of constructing Islamic identity in the world.” The idea is to show Islamic identity as  “local, individual” rather than monolithic. Architecture, in this way, becomes a process of not only construction, but also deconstruction, where community and individual identities are built and rebuilt following conflict.

In addition to her work on mosques, Aksamija has studied the ways that cultural institutions, the buildings themselves as well as their contents, help us remember our identities. Over the past year, she has headed the “Museum Solidarity” campaign in response to the shutdown of the National Museum of Bosnia and Herzegovina. After 124 years of existence, the museum was closed, and along with it, access to valuable items related to Bosnian cultural heritage. Working with a variety of international collaborators, scholars, artists, museolgists and librarians, Aksamija co-founded cultureshutdown.net. This website is used as a platform to coordinate with museums around the world and protest the political impasses that can often limit access to items of artistic and historical importance, and perhaps even more importantly, the collective memories of peace and cooperation that these items represent.

As a part of the project, museums were asked to cross-out one work of art in their collection using yellow barricade tape with the words “culture shutdown” emblazoned across. More than 225 cultural institutions have since taken part. Aksamija frames this project with the idea of “restorative memory” which posits that  “museums house memories of co-existence, the history of Bosnia as a place where many cultures have met and lived together. And so restorative memory means to basically try and restore some of those memories of collective life.”

As memories of the war grow further and further away, the work of artists like Aksamija becomes all the more necessary as a means of remembering the past. While the contemporary implications of religion and identity and the physical spaces they inhabit continue to raise difficult questions in the region even today, Aksamija’s work is making great strides in helping untangle this difficult history. 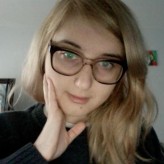