On September 2, The Economist’s Eastern Approaches blog featured a post about next month’s presidential elections in Azerbaijan. In reference to an ongoing crackdown on civil society in the run-up to the election, the author mockingly asks, “What is the government scared of?” The answer is relatively obvious – power. The Azerbaijani government’s repression of opposition politicians and journalists is not simply repression for its own sake.

Although the Azerbaijani government’s repression can often look incredibly petty from the outside, it possesses its own internal logic. The regime and elite structures in Azerbaijan, like in most authoritarian and semi-authoritarian countries, are designed for self-preservation. President Ilhan Aliyev only has a narrow range of possible policies that would maintain his own and his supporters’ positions and wealth. A potentially serious electoral challenge from the opposition, with maximalist demands as part of its platform, is an existential threat to the regime: a threat that must be defused in order for the regime perpetuate itself. A failure to respond to a perceived threat could also make President Aliyev vulnerable to internal rivals, who are far more dangerous to his position than external rivals. To acknowledge this fact is not to defend the regime’s tactics. It is an attempt to explain the drivers of such seemingly counterproductive and internationally condemned policies. It is also necessary to recognize that some of the problems facing the Azerbaijani opposition are due to the opposition’s own shortcomings and questionable strategic decisions, notwithstanding the constraints of state repression.

A Regime of Self-Protection

Azerbaijan is a state driven by elite structures. Scholar Farid Guliyev has noted that “Azerbaijani domestic political life is shaped by competition between patronage-based factions involving loyalty, dependence and rivalry for resources within the political elite.” If President Aliyev were to lose the election, not only his family would be affected, but an entire network of other elites who control wide swaths of the economy in Azerbaijan. As Scott Radnitz pointed out, former President Heydar Aliyev had spent his time in office consolidating power, but he ultimately made “the regime more vulnerable to threats from inside the state than outside it.”

It is better to imagine the structure of the Azerbaijani state as a structure built of mutually reinforcing beams. The president allows various clans and powerful figures to operate relatively freely, but has at least some ability to crush them if necessary. However, if various powerful figures pulled their support, the stability of the regime and the president’s power would be greatly compromised. It is a self-sustaining structure, with the president and other powerful figures simultaneously supporting each other’s positions.  Additionally, as of 2010, 36.5 percent of total employment in Azerbaijan came from the public sector, meaning many regular people have a stake in the current economic structure. When the myriad of opposition parties and figures came together in a positive move to select a unified presidential candidate, the candidate’s platform all but guaranteed that the regime would do anything to stop him.

Aytan Gahramanova makes an extremely important point for anyone attempting to understand the Azerbaijani opposition: the opposition suffers from years of “excessive self-victimization…[which has] bred apathy among opposition-minded segments of the population and has fostered doubt that there is any force capable of coping with this difficult situation.” On 04 July of this year, a coalition of opposition parties, the National Council of Democratic Forces (NCDF), surprisingly selected Rustem Ibrahimbekov, a well-known film director who was primarily based in Russia, as their unified candidate to run against President Aliyev. On the day of the selection, NCDF also announced its platform: Ibrahimbekov would only stay in office for two years. But during that time, he would work to destroy the very foundations of the corrupt and patronage-based system of government in Azerbaijan through free and fair parliamentary elections and reformist legislation. While this platform is admirable on its face, it was a direct, existential threat to nearly every man and woman controlling the levers of power in Azerbaijan and possibly terrifying to the middle class which holds stability at premium. Accordingly, Ibrahimbekov never stood a chance.

On August 27, no serious observers of Azerbaijan were surprised when the Central Election Committee denied Rustem Ibrahimbekov’s registration for the presidential election. While the opposition faces immense difficulties in a “weak and resource-poor civil society shaped under a repressive regime,” and it is commendable to have put aside personal aspiration to choose a unified candidate, Ibrahimbekov was a terrible choice for several reasons.

First and most importantly, despite some compelling arguments for Ibrahimbekov as a candidate, there were constitutional barriers to him running for president from the moment he was selected -namely his Russian citizenship. On July 16, Ibrahimbekov officially submitted an application to renounce his citizenship – putting himself at the mercy of the Russian government and Russian bureaucracy – which is not very responsive even in far less urgent occasions. Furthermore, the opposition gave the Russian government leverage in its relationship with Baku. Comparisons to the successful campaign of Bidzina Ivanishvili, the prime minister of Georgia, are disingenuous. Ivanshivili began his campaign a year before presidential elections (instead of only a few months), and the Georgian government arbitrarily stripped him of his citizenship when he announced his candidacy – demonstrating a more flagrant misuse administrative powers.

Second, there was already skepticism around the Union of Azerbaijani Organizations in Russia or the so-called “Billionaires Club,” of which Ibrahimbekov was a very public face. Ostensibly the UAOR was created to represent the interests of the Azerbaijani expatriate community in Russia, but its establishment in 2012 was portrayed in the Azerbaijani press (including in opposition outlets such as Musavat) as a potential Kremlin project to try to put pressure on Azerbaijan. In an online poll on the pro-opposition website, contact.az, over 50 percent of respondents said they believed that the “Billionaires Club” served Russia. Ibrahimbekov’s selection played into perceptions in Azerbaijan that Russia was attempting to influence the presidential election.

Third, as analysis from Katy Pearce showed, Ibrahimbekov’s political activity was relatively unknown to the general electorate. Ibrahimbekov’s replacement, Jamil Hasanli, a respected historian, is even less well-known to the average voter. Even if no manipulation were to occur, trying to sell a relatively unknown candidate five weeks before an election is not a good strategy. The Azerbaijani opposition has never been especially skilled at engaging with the potential electorate in the provinces, and with good reason. It is much more difficult to operate in the political environment and culture outside of Baku. However, it is in the provinces outside of Baku that the Azerbaijani government fears challenges the most.

The opposition has an uphill battle in mobilizing people against the Aliyev regime. As Gahramanova writes, NGOs and the political opposition in Azerbaijan are “hindered by a climate of general social apathy, skepticism and lack of interpersonal trust in the society. Not only does the state position itself as the only legitimate supplier of public goods, but most of the population also continues to view the state as the main defender of public interests. State authority is viewed as a force beyond the influence of ordinary citizens.” Additionally, repression deflates public willingness to oppose the regime openly, especially in terms of opposition to day-to-day corruption. The exception is in cases that truly stir emotion.

The beginning of 2013 was characterized by political unrest, namely the protests over the deaths of conscript soldiers and several days of civil disorder in Quba and Ismayilli. While opposition activists may have helped organize protests against the deaths of conscript soldiers in Baku, the large turnout – especially among non-activist protestors – was due to the issue’s resonance with regular people. Conscription affects nearly every family in Azerbaijan. While the sustained nature of protests in Ismayilli and Quba had other causes, protests were sparked by perceived insults to the honor of local people by local government officials or their relatives. Since the rapid rise of unrest in early 2013, President Aliyev has threatened government officials and other elites not to flash their wealth or position and not to act excessively disrespectful towards citizens because this is more likely to spark protest than day-to-day grievances. Even in this realm, President Aliyev is constrained – he can only push some figures, such as the oligarchs who control various districts, so far without risking his own position.

From the 1994 until 2009, the state’s dependency on resource extraction increased significantly. Guliyev wrote that the financial crisis in 2008 forced the Azerbaijani government to realize that it needed to diversify its economy. However, genuine diversification away from state controlled natural resource extraction will create alternative bases of economic wealth (and power) outside the control of the regime, which is politically risky. Notably, the limited diversification that has occurred has involved regime supporters and government ministers loyal to the president, negating some of the political risk of diversification, though it ultimately makes it less effective.

Global energy trends are working against Azerbaijan, and the country’s dreams of becoming a hub for Caspian gas going to Western European markets appear to be fantasy. The Nabucco pipeline is essentially dead due to the lack of demand from European gas markets. Data from the Azerbaijani energy sector points in a negative direction as a whole. Interfax reported that Azerbaijan’s current account surplus might fall 20-33 percent in 2013, Azerbaijan exported 13.1 percent less oil through the Novorossiky oil port from 2013 to 2012 (for the period of January to July), and gas exports from Shah Deniz are down 5 percent in the first six months of 2013 compared to the same period in 2012. Output from the Azeri-Chirag-Guneshli field in the Caspian Sea, which accounted for 80 percent of Azerbaijan’s oil output in 2010, continues to decline. Further budgetary restructuring will be necessary.

So what does the Azerbaijani government have to fear from free elections? Well, basically everything. The country’s geopolitical importance is waning (for the time being) and domestic political repression has fewer consequences. The US and EU do not have a considerable amount of leverage over the Azerbaijani government. Despite near constant calls from human rights activists for Western condemnation, it is unlikely it would affect Azerbaijani governmental policy, even if that condemnation were forthcoming. Elites will in the long term face serious issues replacing their means of controlling the country through resource extraction. Until they are able to figure out this replacement, in order to maintain their positions, elites are locked into a narrow set of choices, with the suppression of the opposition seeming like the best choice available. The effectiveness of this strategy in the long term is obviously questionable, but the structural motivations of this repression need to be taken into account in understanding the limitations of the West’s ability to promote democracy in Azerbaijan.

North Caucasus Caucus is written by a Washington, D.C.-based analyst. Views expressed here are his alone. Read more at northcaucasuscaucus.blogspot.com. 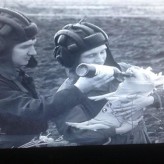 North Caucasus Caucus is written by a Washington, D.C.-based analyst. Views expressed here are his alone. Read more at northcaucasuscaucus.blogspot.com.