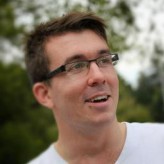 After receiving a thrashing from Croatia in a historic World Cup qualifier in Shkodër, Robert O’Connor…

More than eight years after its declaration of independence, Kosovo has earned full recognition by…