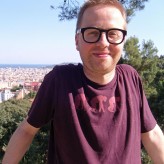 Originally from the U.K., Paul spent four years living and working in the Balkan region from 2006 to 2010. He graduated from the Freie Universität Berlin in 2013 with an M.A. in East European Studies, and is interested in decentralization, social movements, elites, and all things South-East European.

Are there any precedents that can help conceptualize the situation in Bosnia and Herzegovina, and…