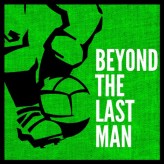 Craig McCracken runs the Beyond The Last Man blog dedicated to world football writing and imagery from the second half of the 20th century. Over the past couple of decades Craig has also written for numerous football periodicals, most now as defunct as Third Lanark from his home city of Glasgow