“If you’re looking for hell, ask the artist where it is. If you don’t find the artist then you are already in hell”.

So reads the illuminated artwork of Dean Jokanović Toumin that screams silently from the upper floor of the Ars Aevi Museum of Contemporary Art, in Sarajevo. The epigram was coined by the eighteenth century writer Avigdor Pawsner, but its sentiment seems to resonate with the visitors who succeed in finding this collection of great contemporary art, tucked into a concrete corner on the edge of Sarajevo’s city center. In August, as I approached the Skenderija center where the collection is housed, two signs served as surreal and unwitting decoys. One advertised the independent University of Buckingham. The other was promoting pet food. Beyond these, a relatively modest red and white banner proudly announced “Ars Aevi is Open”. The sign raised a smile; when I visited four years ago, the museum was open by appointment only. Now, it is open to the public. Inside, works by artists such as Marina Abramović, Nan Goldin and Komar & Melamid modestly await admiration. Joseph Beuys’ trademark yellow bottles line up en masse, Sándor Pinczehelyi’s Sickle & Hammer rests disarmingly on the second floor, and Shoba’s Sarajevo – Monte Carlo sees the artist looking soldierly in a trench, and slick on the Riviera. The collection is said to be worth around $27m.

Forged in the siege of Sarajevo, Ars Aevi is no ordinary museum; when I went there in August to meet its founder Enver Hadžiomerspahić, he explained that it is first and foremost an “ethical project”. Before dreaming up Ars Aevi, Hadžiomerspahić had curated cultural programs at the city’s Hall of Youth, directed the opening and closing ceremonies of the 1984 Winter Olympics, and worked to organize the first Yugoslav Documenta art biennales of 1987 and 1989. The 1991 show was called off as war descended and the filigree threads of Yugoslavia were cut apart. Then, in 1992, as Sarajevo lay besieged, Hadžiomerspahić saw his beloved Olympics museum burn. At his typewriter, he wrote the founding concept of Ars Aevi: “Sarajevo invites the most significant artists of the world to contribute their works to form their collection of the future Museum of Contemporary Art in Sarajevo”. To utter such words at a time when people’s sense of possibility was being ever narrowed by the prospect of death was, as Hadžiomerspahić says, “frankly insane”, yet he was supported by senior figures including the then-Mayor of Sarajevo. In 1993, he left his city to promote Ars Aevi at the Venice Biennale.

From here on in, the Ars Aevi tale becomes a whirlwind of map pins and “nuclei”, as city-by-city, founding exhibitions and collections were formed. The first was in Milan in 1994, and the first artist to contribute was Michelangelo Pistoletto. Hadžiomerspahić and his family then developed the idea of inviting directors of contemporary art centres to choose ten prestigious artists for the future museum’s collection. Each was ordered not to invite more than two from their own country. In this way, collections gathered in Prato, Ljubljana, Venice and then Vienna, featuring works by artists such as Jannis Kounellis and Anish Kapoor. In 1999, these collections were united in Sarajevo. Istanbul and Podgorica later came on board, and Hadžiomerspahić says there are plans to create further collections with Belgrade, Zagreb and other cities. Perhaps upending expectations, he believes that the museum’s location has not hindered its success, but helped it; “Had I spent two decades working on creating this in London or Berlin or New York or Moscow I don’t think I would have achieved anything”, he tells me. Why? Because Ars Aevi is primarily “a project of an ethical relationship of the artists of the world towards that magical word Sarajevo.”

Today, Ars Aevi spans two large floors. Designed as an “art depot” by Amir Vuk, the building is meant to feel liminal; the polar opposite of the consecrated and exclusive white cubes of London and New York. Hadžiomerspahić tells me that the space is intended to have a “charming atmosphere”, and it does, but it also stirs contemplation of the works’ uncertain fate. Architect and UNESCO Goodwill Ambassador Renzo Piano has donated designs for the final resting place of the collection – a museum on an expectant piece of land between the National Museum and the Historical Museum. But the designs remain unrealized. The space where Piano’s building should be sits empty beside a patch of grass where dogs tussle and children ride bikes by the Miljacka River. It is the perfect spot for the gallery and would create, as Hadžiomerspahić says, a “great neighbourhood – a sort of museum quarter” for the city. Yet building it is easier said than done; for years the plans have failed to be realized due to a shortage of funding and political will.

Though markedly positive, Hadžiomerspahić is aware that not everyone shares the Ars Aevi vision. He tells me that there are “individuals with quite a bit of power – who don’t want Sarajevo to be a modern, contemporary city”. And there also people “who think that this kind of museum of international contemporary art just doesn’t belong in Sarajevo” or “who just honestly do not understand the long term economic and development potential of this project.” Yet Hadžiomerspahić remains convinced that it can be achieved, and is rightly firm in reminding me that after all, “establishing a museum of contemporary art anywhere in the world, [is] quite a slow process.”

Hadžiomerspahić explains that Piano’s designs mean the Ars Aevi museum need not be built all at once. Instead, the construction can happen in three phases of 2000m2, with each phase being independent. The ambition right now, says Hadžiomerspahić, is to build the first phase, which should open the door for the process of constructing the rest of the museum. Hadžiomerspahić is convinced this can be done. And he also suggests the timing is right. “This year the centenary of WWI was marked with the opening of the Vijećnica,” he tells me. “It would be a good thing for Sarajevo, for Bosnia and Herzegovina, for Europe if the centenary of…the end WWI was marked by the inauguration of the Ars Aevi museum because Ars Aevi is and forever will be a symbol of peace and a better future.” In the meantime, an already-built bridge designed by Piano straddles the Miljacka and awaits the grand building that will solve its existential awkwardness. Of course, it is tempting – albeit contrary – to wonder whether Ars Aevi’s “in progress” status is what makes its “brand” so alluring; once the museum gets its final resting place, might its story perversely become somehow less potent? Such questions are good to think with, but perhaps serve little other purpose. Put simply, these works need a permanent home; they deserve Sarajevo and Sarajevo deserves them, just as it does its annual film festival.

The previous few years seem to have been a particular struggle for Ars Aevi; they’ve seen Hadžiomerspahić busk to promote the project and clean Piano’s bridge in protest against its neglect. In the past, Ars Aevi had what Hadžiomerspahić describes as “wonderful support” from the City and Canton, but from 2010 this stalled, much to his disappointment (he even opted to resign, but settled to stay and fight). A consequence of this “unwanted distance”, he says, was that distance was also created with Ars Aevi’s partners in Italy. From 2000 – 2008, that country’s Ministry of Foreign Affairs had directed one million dollars to Ars Aevi, via UNESCO. Now however, things are once again looking up. Following further networking and a 2013 exhibition in Venice, Italy has resumed its active participation and the good will seems firmly reignited. Hadžiomerspahić says an agreement now exists for Sarajevo City, the Canton and the Federation of BiH to pay the rent for Ars Aevi’s current space and to pay towards technical costs (though this doesn’t, of course, cover everything). A recent collaboration with coffee company Illy also offers a source of extra funds. So, whilst the museum might come polako (slowly) – to use a Bosnian phrase – one senses renewed hope that it will soon be realized.

Ars Aevi’s complex story of networks and “nuclei” is an inspirational tale of perseverance and vision, but it is also dizzying to contemplate; one can only imagine how much energy the project must have consumed to keep pushing forward since its conception. Yet it would be wrong to presume that Hadžiomerspahić has been made weary – or bitter – by over two decades of championing his dream museum. When I ask what he envisages as the happiest possible day for Ars Aevi in the future, Hadžiomerspahić seems surprised; he tells me that he is “absolutely satisfied with the results” thus far. “This project just makes sense and I enjoy doing all of this,” he insists, adding that he has never felt like a victim but “as a man who has had the privilege to dedicate a part of his life to this idea”. He is also proud to have created a new generation who are members of the Ars Aevi expert team and who will lead the project in to the future. His greatest hope is that once the permanent Ars Aevi Museum is inaugurated, he can become its receptionist. “It would give me endless pleasure to welcome visitors to the Ars Aevi Museum with a smile,” he says. To know the story of Ars Aevi is to understand that this would indeed be no mean feat.

Note: This interview was conducted with the assistance of a translator. 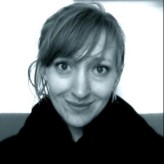 Alice Bloch is a broadcast journalist and radio producer based in London, with a long-standing research interest in the Former Yugosalvia and Bosnia-Herzegovina in particular. Her MRes thesis at UCL looked at the Politics of Contemporary Artistic Practice in Bosnia-Herzegovina.